Minister: DAP leader has until 11.30am to explain remarks undermining Speaker 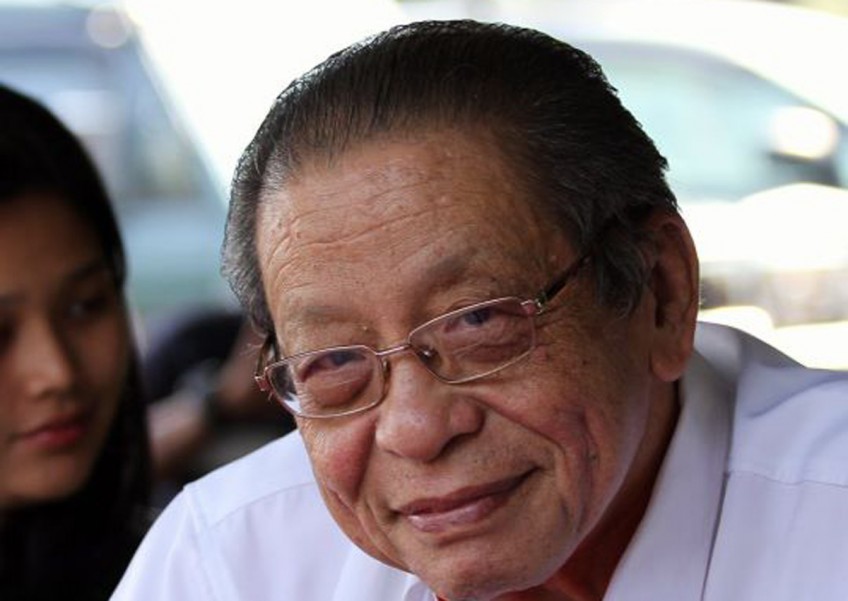 KUALA LUMPUR - DAP supremo Lim Kit Siang has until 11.30am today to clear the air over his remarks which were deemed to have undermined the credibility of Dewan Rakyat Speaker Tan Sri Pandikar Amin Mulia.

Minister in the Prime Minister's Department Datuk Seri Azalina Othman Said explained that if Lim "stands up to explain himself to Pandikar and if he accepts the explanation, the Government will not proceed with tabling the motion."

"Today's proceedings is quite simple, he can explain himself between now and the time when I stand up to read the motion.

"And if the Speaker accepts what he has to say, the government is happy to withdraw the motion.

"It is now between him and the Speaker," Azalina told reporters at the Parliament lobby on Thursday.

"And I heard very clearly the Speaker mention that he can explain himself after the motion on haze.

"So for me, the best thing to do was to wait after the haze motion was debated and explain himself," she added.

Azalina said that was why the government decided to put a fresh notice of the motion to suspend Lim at around 6pm on Wednesday.

Pandikar said Lim could explain himself after the debate on the emergency motion on haze was over at 5.30pm.

Lim left the House at around 4.30pm. He told reporters at the lobby shortly before leaving, that he had "explained" his remarks and refused to elaborate further.

On Monday, Lim had accused Pandikar of abusing his powers by temporarily suspending the Public Accounts Committee proceedings.

On Tuesday, Pandikar had ordered Lim to retract and apologise for his allegations or face suspension.