Missing children believed to have been found 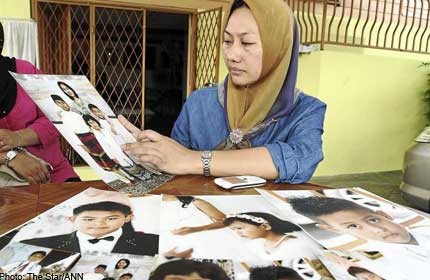 IPOH - The three children, who were reported missing by their single mother on Tuesday are believed to have been found.

The children's uncle, Saiful Azril Ishak sent out messages to journalists noting that they have been found at about 10pm on Wednesday night.

Sharafuddin Syazwan Rizauddin, 11, Syarir Syafi, eight and Syauratul Syafiah, six, went missing for more than 24 hours since Tuesday from their home at Taman Meru 2B between 2pm and 6pm.

There were however two conflicting sources, one which noted that the children were found in Ipoh while another claimed they were found near Gombak.

Several attempts to contact Saiful Azril failed as he declined to pick up the calls.

DCP Paramasivam also could not be reached for confirmation on the case.