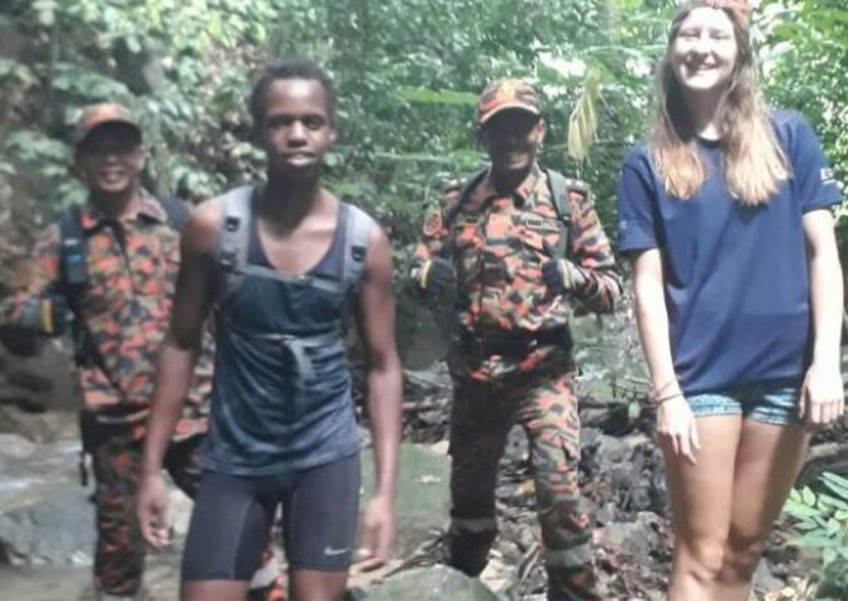 KAJANG - The two friends who went missing during a hike at Broga Hill have been rescued by the Fire and Rescue Department.

"They were near a path that had been cleared for surveying work and took shelter in a hut put up by the surveyors," said Mohd Sani.

He said both Wanyolke and Clubb, who were lost for more than a day, were weak when firemen found them.

"They were given food and medical treatment before being brought downhill," said Mohd Sani, adding that the duo was taken to hospital after being rescued.

Wanyolke and Clubb, who were students at the University of Nottingham Malaysia Campus, were reported missing at about 7.50pm on Wednesday.

A search involving the police, Fire and Rescue Department, Civil Defence Department and Rela was mounted at 8.15pm on that day.