The Inspector-General of Police said those on the "payroll' of the syndicates would be detained in a massive operation following the arrests of 18 enforcement personnel in Johor recently.

"We will take drastic action in nabbing police and Armed Forces personnel who are involved with the syndicates.

"Action will be taken swiftly.

"The Home Minister and Armed Forces chief have been briefed on the matter," he said in an interview recently.

Those identified were in cahoots with the syndicate and would pay for their crimes, he added.

"We are not showing off, but instead we are sincere in taking actions against the bad apples.

"These are not mere fall guys or sacrificial lambs, they are indeed deeply entrenched with the syndicates," he said.

The enforcement personnel identified were believed to have secured safe passage for the smugglers in exchange for monthly tokens, the IGP said.

The country's top cop also commended the actions of Johor police in taking down 13 police personnel and five Armed Forces personnel in connection with the syndicates.

Read Also
Why no charges? Cop picked up in MCO raid was on duty, says Negri Sembilan police chief 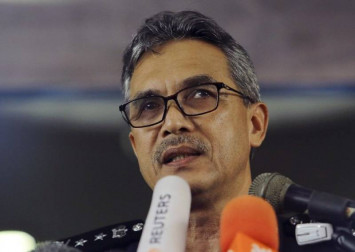 "Our actions will continue on a massive scale, and enforcement personnel who are involved with the syndicates will not escape," he said.

It was reported that the 18 enforcement personnel were detained in an operation conducted from June 15 to June 18.

"We believe that at least one of the personnel involved received a payment of RM10,000 (S$3,200) in cash for a successful smuggling activity," he said.

Meanwhile, Armed Forces chief Jen Tan Sri Affendi Buang said the military would not compromise if any of its personnel were involved in criminal activities.

"We must be firm and stern in this matter as the actions of such culprits will tarnish the image of the military as a security force.

"We also leave it to the authorities to take further action against those who are involved directly or indirectly with the syndicates," he said in a statement.