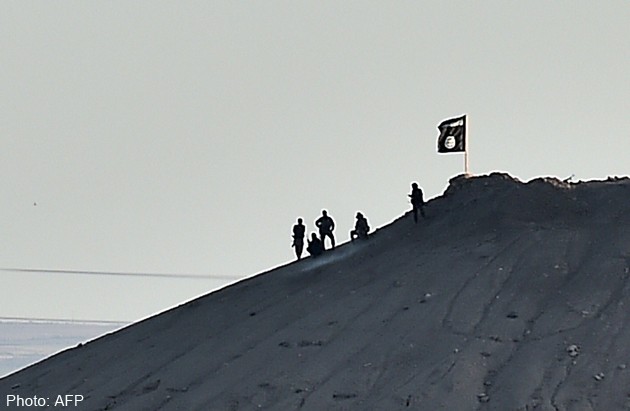 PETALING JAYA - Two more Malaysians suspected of trying to join the Islamic State (IS) terror group have been detained by police.

The two – a man and a woman – were picked up at the KL International Airport on separate days by the Bukit Aman Special Branch Counter-Terrorism Division.

The arrests bring the number of suspected militants detained to 51 since February last year.

The 27-year-old woman was a former student of a private university here while the 22-year-old man was studying at a local public university.

The woman was arrested on Christmas eve while the other suspect was detained three days later.

According to sources, the woman befriended a Moroccan IS fighter in Syria on Facebook in mid-November.

“They were quite attached to each other and eventually became romantically involved,” said a source.

“In just three weeks, the fighter convinced her to join the IS cause.”

It is learnt that the woman, who hails from Negri Sembilan, had become reclusive after growing close to the Moroccan.

“He had influenced her to believe in IS and its false cause.

“She became increasingly detached from her family and friends and it is likely that she hoped to marry him,” the source said.

She planned to board a plane to Turkey before securing passage to Syria, then join IS, added the source.

The male suspect, who was studying in Perlis, had been interacting with several known Malaysian IS fighters and militants since September, according to the sources.

These include former 1990s rock musician Akel Zainal, who is now fighting for the terror group in Syria.

“Before long, all he could talk about was IS and fighting in Syria,” a source said.

The Terengganu-born student then decided to head to Syria.

“He planned to take the same route as the female suspect and used his savings to fund the trip,” the source said.

Another source said it was troubling to note that university students and former students were still falling under the influence of IS despite the spate of arrests previously.

“They are being influenced at some universities. The authorities must keep a closer watch on these institutions,” the source said.

Inspector-General of Police Tan Sri Khalid Abu Bakar has said that Bukit Aman will not allow Malaysia to be used as a training ground or hideout for terrorists and militants.

Police are still hunting for five known militants who are believed to have links to IS and the Abu Sayyaf terror group based in the Philippines.