More passports revoked but Jho Low still on the move

PETALING JAYA - Although his Malaysia and St Kitts and Nevis passports have been revoked, fugitive Malaysian financier Low Taek Jho may have other travel documents to help him avoid the law.

A source said the authorities were looking into the possibility of Low, better known as Jho Low, having passports from Australia, New Zealand and Thailand.

His family has substantial investments, including real estate and financial assets, in those countries.

If so, it may be harder to nab the 37-year-old, now wanted in several countries, including Malaysia, in connection with the multibillion-dollar 1MDB scandal. 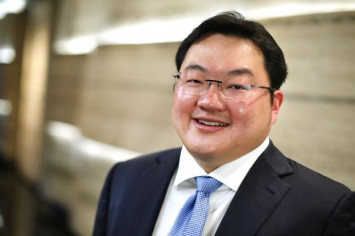 After the cancellation of his Malaysian passport on June 15, Jho Low is believed to have used a passport issued by the St Kitts and Nevis government.

However, news emerged on Tuesday that that passport had been “deactivated”, also in June.

This suggests that he may have switched to travel documents from other countries as he is always on the move to evade arrest.

“His late grandfather, Datuk Low Meng Tak, used to be in iron-ore mining and liquor distilleries in Thailand,” said the source.

“In fact, his family continues to have business interests in Thailand. The Low family also own a lot of land and have a family house and other pieces of property in Bang­kok.

“They have Thai relatives and there is a possibility that Jho Low also has a Thai identity – by virtue of his grandfather’s vast businesses and investments in the country in the 1960s and 1970s and the fact that the elder Low had been a resident of Bangkok for a long time.”

The source said the well-connected Jho Low had wealthy Thai friends and through such associations, he might have enjoyed privileges most other people could not, including obtaining a Thai passport.

In New Zealand, Jho Low and his family are said to have some NZ$265 million (S$246 million) worth of assets held in trusts, while in Australia, they owned real estate in Melbourne and Sydney.

The authorities have also not ruled out the possibility that he may still be relying on his Malaysian or St Kitts and Nevis passports, supplemented with bribes. 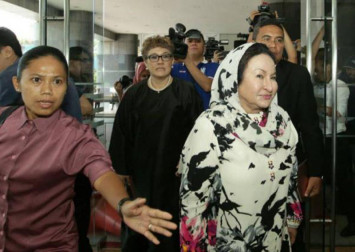 “Despite the Malaysian and St Kitts and Nevis passports being cancelled, it would not be difficult for him to exit any country he had gained entry to, by using either one of the two passports.”

The source pointed out that Jho Low could buy his way out and move to another country using genuine or fake documentation.

On Tuesday, St Kitts & Nevis Observer, a weekly newspaper, reported on its website that the government of the twin-island state cancelled Jho Low’s passport several months ago.

The report mentioned Prime Minister Tun Dr Mahathir Mohamad’s statement on June 8 that Malaysia wanted to arrest Jho Low but could not do so because he was in a country with which Malaysia did not have an extradition treaty.

The article said the administration decided to deactivate Jho Low’s passport through Interpol in June “out of an abundance of caution”.

St Kitts & Nevis Observer also said that its government was aware of the United States Department of Justice’s (DoJ) indictment of Jho Low for conspiring to launder billions of dollars embezzled from 1Malaysia Development Bhd and to pay bribes to Malaysian and Abu Dhabi officials.

The newspaper said that Jho Low became an economic citizen of St Kitts and Nevis in 2011, although immigration records indicated that he had never entered the country.

The DoJ has painted Jho Low as the mastermind behind the alleged misappropriation of billions of dollars from 1MDB, while Singapore investigators called him a “key person of interest”.

He has denied any wrongdoing and said he was only an informal consultant at 1MDB.

Besides Malaysia and the US, the government-owned company is at the centre of money laundering investigations in at least six countries, including Switzerland and Singapore.