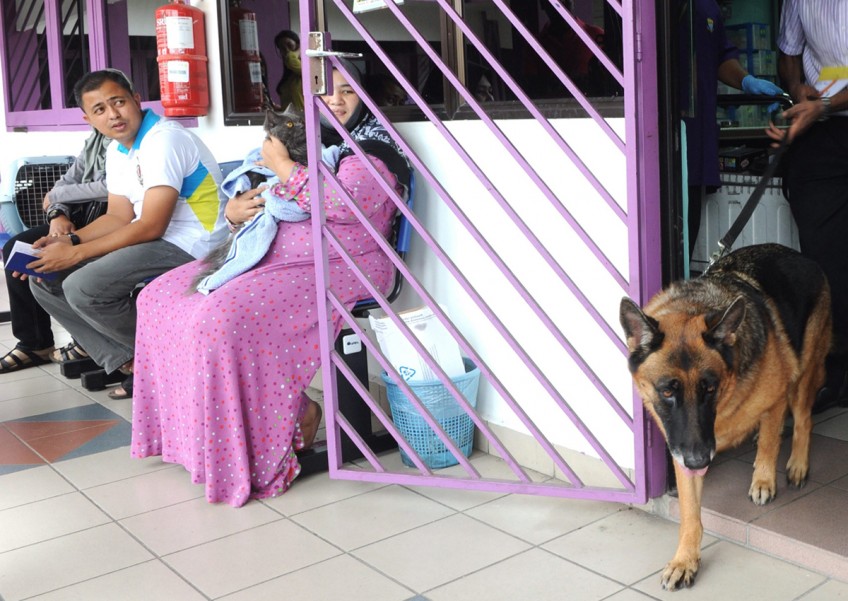 KANGAR - Seven strays that were culled tested positive for rabies and one of them had bitten five people before it was put down, said Perlis Veterinary Services Department director Dr Shaharul Akmar Talib.

He said that of 35 dog bite cases since the culling began, 13 were by rabid dogs.

"We have culled 298 strays so far. Like other states, dog lovers in Perlis are also against culling but we continuously let the people know how deadly rabies can be.

"Those bitten by rabid dogs would understand how dangerous it is," he said.

Kedah Veterinary Services Department director Dr Kamaliah Ghazali could not be reached for an update.

However, it is believed that about 500 strays have been put down in Kedah.

It was previously reported that of the 18 dog bite cases in Kedah, two were by rabid animals.

Bernama reports that the Agri-Food and Veterinary Authority in Singapore will impose new measures and temporary restrictions on the import of dogs and cats from Malaysia with immediate effect.

In its letter to pet agents posted on its website, AVA noted that cases of rabies were detected in dogs in Perlis, Kedah and Penang.

It said the initial cases were reported to the World Organisation for Animal Health on Aug 24.

For personal imports by pet owners wishing to bring their dogs and cats from Malaysia, imports would be allowed on condition that they meet the veterinary conditions as scheduled under Category D countries.

For personal imports of dogs and cats, Malaysia has been re-categorised from Category C (countries with controlled risk or low incidence of rabies) to Category "D", which is countries with undetermined risk of rabies.

No import of commercial consignments for dogs and cats from Malaysia will be allowed at this juncture, AVA said.