The mother of tahfiz pupil Mohamad Thaqif Amin Mohd Gaddafi is not convinced that her son died of leptospirosis (rat urine disease) as the latest post-mortem report had suggested.

"We did not receive any news from the Health Ministry on the post-mortem result.

"A reporter called us and that was how we found out," she said, adding that any parent would be upset when facing such a situation.

Boy dies after warden beat him with water hose

Felda questioned why it took so long for the cause of death to be determined.

"The hospital had taken a sample from my son's legs while he was still alive and it took them two months to find out the cause," she said.

In a statement yesterday, Health director-general Datuk Dr Noor Hisham Abdullah said the boy had died due to leptospirosis and other complications.

Dr Noor Hisham added that a special inquiry was set up to investigate the case, comprising forensic consultant experts who were experienced in handling such complicated cases. 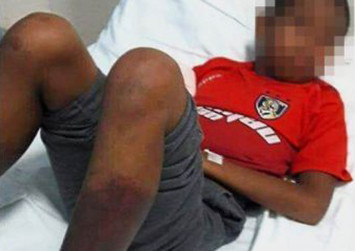 On April 19, Mohamad Thaqif was warded following alleged abuse by the school's assistant warden, who is also an ex-convict.

His legs had to be amputated due to bacterial infection.

The infection also spread to his right arm.