My life has been ruined as if destroyed by a tsunami: Altantuya's father

KUALA LUMPUR - After 12 years of perseverance, Dr Setev Shaariibuu says he hopes to seek justice and closure over the death of his daughter Altantuya Shaariibuu, the Mongolian model who was murdered in 2006.

"I have suffered a lot for the past 12 years. My life has been ruined as if it's just been destroyed by a tsunami," he said through a translator at a press conference on Tuesday (June 19).

He said that he did not receive justice previously and claimed that the previous government did everything to prevent the truth from emerging.

When asked about his meeting with Dr Mahathir, he said that he understood the Prime Minister was paying attention to the case. 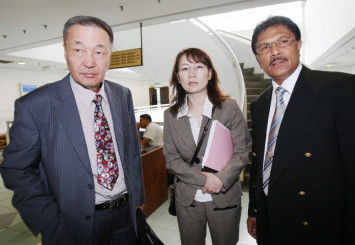 "I never thought this chance would come that the Prime Minister would receive me," said Dr Setev, adding that he was interested to know who ordered the killing of his daughter.

"We are at the starting line now and we will see what will happen," he added.

When asked on rumours that he was paid money by a prominent politician to close the case, he denied it.

"I have heard this kind of rumour but it's not true," he said.

Dr Setev will be meeting with the Prime Minister on Wednesday (June 20).

Dr Setev would be meeting Attorney General Tommy Thomas at 3pm Tuesday (June 19) on the possibility of reopening the case.

Inspector-General of Police Tan Sri Mohamad Fuzi Harun had said last month that the police had not found any grounds to reopen investigations into the case.

Altantuya, 28, is believed to have been shot dead before her body was blown to bits with explosives at a secondary forest near the Subang Dam in Puncak Alam, Shah Alam in 2006. 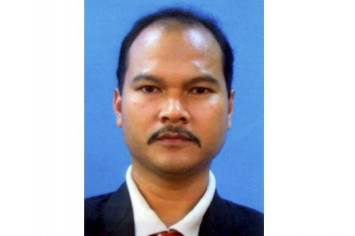 In 2009, Sirul Azhar Umar and accomplice Azilah Hadri were convicted of murdering Altantuya and were sentenced to death.

The Court of Appeal overturned their sentences in 2013 but upon the prosecution's appeal, the sentences were upheld by the Federal Court.

Sirul fled to Australia, where he was detained by the Australian Immigration after Interpol issued a red notice on him.

He has been at the detention centre since 2015, where he is hoping to get asylum.