Mysterious eel-like creature crawls out of toilet in Malaysian home 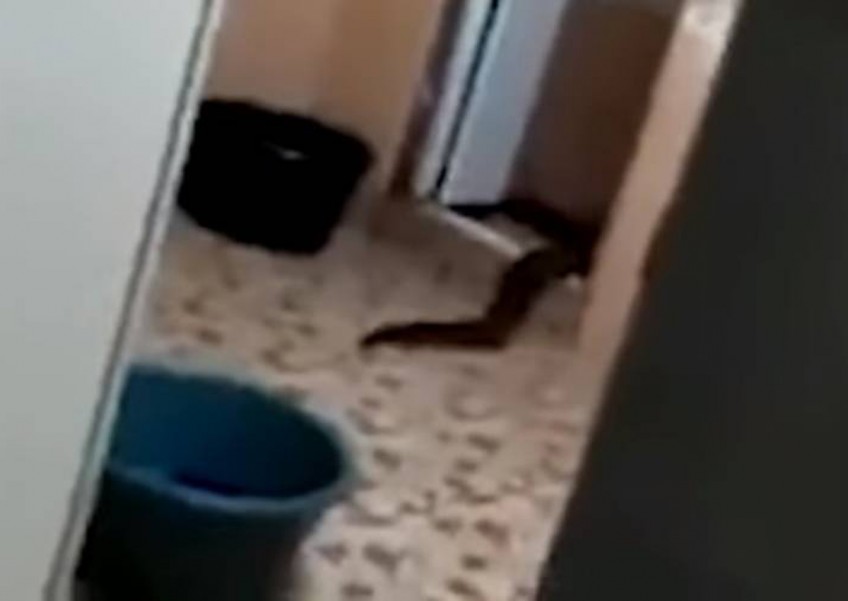 A video of a mysterious eel-like 'swamp creature' crawling out from a toilet in Malaysia has been circulating online.

The creature was spotted last Friday (Oct 6) by Zul Hanif Anip, 25, and his wife, Puteri, in their home.

It then proceeded to crawl around the house.

Zul who was familiar with wildlife as their home was surrounded by paddy fields reportedly did not recognise the creature.

He told The Sun Daily:

"I think the creature grew up inside the pipe works connected to the toilet hole because I have checked and there is no entry point for it to have gotten inside.

"It was about two metres long with a very fat, thick body.

"I'm not sure if it was a snake or a kind of tidal creature or from the swamp.

"Its head was very small, a fat body and it had a short tail, which did not look like a snake."

The couple subsequently captured the creature before setting it free in a river nearby.