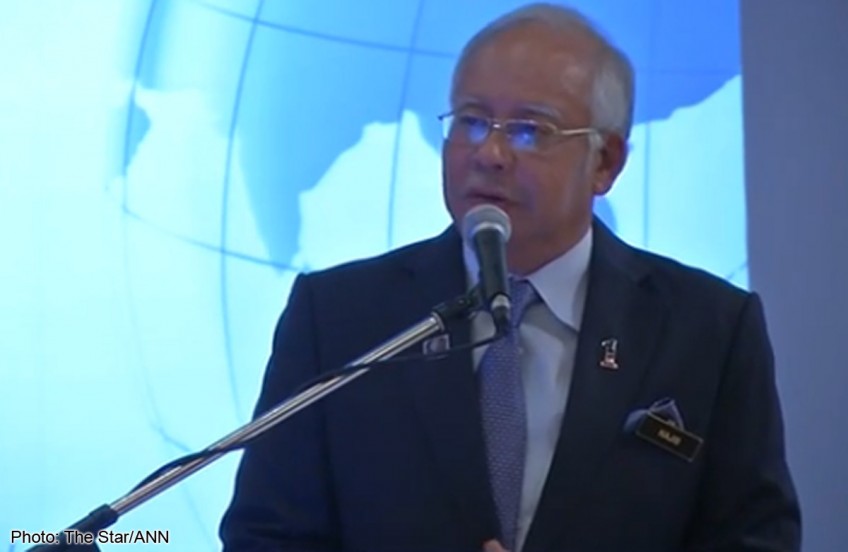 KUALA LUMPUR - ASEAN must continue to strengthen relations among member countries and the rest of the world to enable them to effectively tackle future problems such as the disappearance of MH370, said Prime Minister Datuk Seri Najib Tun Razak.

He described the search for the Malaysia Airlines aircraft as a global effort as military radar data was shared and received above national security.

"These challenges were solved with assistance from our friends in ASEAN but they also depended on relationships forged outside of the grouping's formal structure.

"Co-operation with nations beyond ASEAN, including those who have the capabilities to address multi-dimensional security threats, remain a critical part of our regional security.

"At the international level, we must explore ways to make a bigger contribution to the world's primary security challenges," he said in his speech at the opening of the Putrajaya Forum 2014, held in conjunction with Defence Services Asia (DSA) Exhibition and Conference yesterday.

This, he said, included non-proliferation, conflict resolution and peace-building, terrorism and piracy.

The search for the Beijing-bound MH370 carrying 239 passengers and crew, which went missing on March 8, is still on going at southern Indian Ocean off Perth, Aus- tra­lia.

He said apart from the MH370 incident, Malaysia knew from experience how important strong bonds were during difficult times.

The Prime Minister spoke of the armed intrusion in Lahad Datu in February last year, saying the incident reinforced the need for close co-operation with neighbours and acknowledged the role played by Philippine President Benigno Aquino III and authorities in assisting Malaysia during the crisis.

Malaysia, Najib said, demonstrated its commitment to lasting peace in the region as negotiations for the Comprehensive Agreement on Bangsamoro entered the final stretch.

"ASEAN must also play a greater role in responding to the demands of our people for better governance, helping to address concerns which can drive political instability," he added.

Defence Minister Datuk Seri Hishammuddin Tun Hussein said the MH370 tragedy had compelled Malaysia and the rest of the world to relook their capabilities in detection and surveillance.

"I think not only Malaysia, but the whole world, should relook their defence's needs, capacity and capabilities," he told a press conference after visiting the DSA.

Hishammuddin, who is also acting Transport Minister, said this year's DSA would take into account various aspects, including primary and military radars and satellite communication.

On the event, he said, it would foster better relations between the participating countries, especially in preparing for any threat that could destabilise the region.