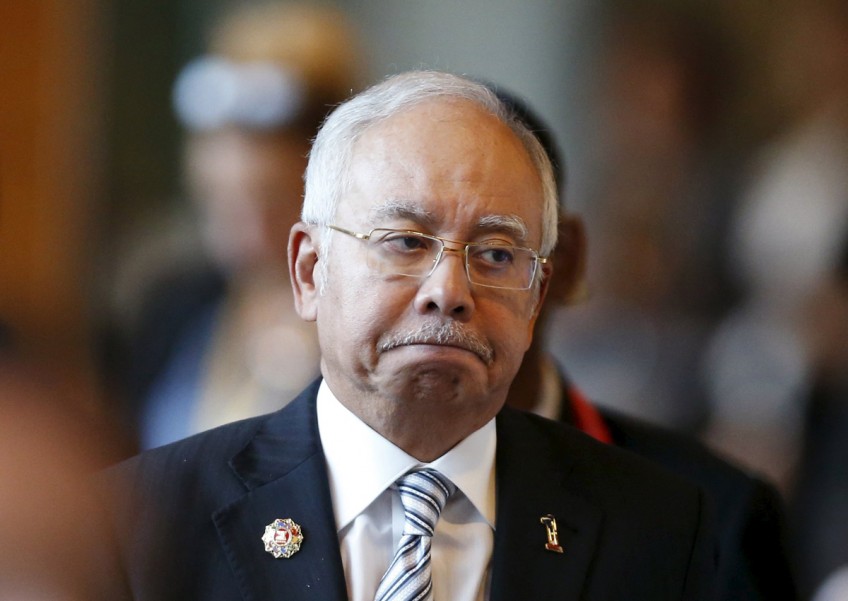 Malaysian Prime Minister Najib Razak, who chairs this weekend's meetings, lambasted the terrorists behind the attacks for their "perverted ideology" and "cowardly and barbaric acts" which do not represent any race, religion or creed.

"There cannot be a person in this hall who has not been shocked and shaken by the sickening disregard for human life and the devastation visited on families and communities. Our countries are in mourning; we all share in this grief," he said.

In the span of a month, 130 people died in the attacks in Paris and 43 died in Beirut. Another 224 died in the bombing of a Russian jet over the Sinai, while an attack in Mali on Friday killed 19 people.

Mr Najib said Malaysia was not untouched by terror - its citizen Bernard Then was beheaded in the southern Philippines last week.

"Malaysia stands ready to provide any help and support that we can, and be assured that we stand with you against this new evil that blasphemes against the name of Islam," he said, adding that terrorists should face the full force of the law.

"Understandably, many will want to fight the so-called Islamic State out of the lands they have stolen from millions of Syrians and Iraqis. But a military solution alone will not be enough," he added, referring to the Islamic State in Iraq and Syria.

Mr Najib said it is the ideology propagated by extremists that is the cause of this sadistic violence which "must be exposed as the lie that it is, and vanquished". "For it is not Islamic. It cannot be," he added. "It is an utter travesty of a religion of peace, justice and moderation."

Moderation, he said, was at the heart of Islam and a quality in dire need around the world today.

It has been the locomotive of non-violent solutions to conflict, he added, citing how Mahatma Gandhi, Nelson Mandela and Martin Luther King won hearts and minds.

"There is nothing easy or wimpish about moderation," he said.

"It is a concept deeply embedded in the ASEAN way, and one which is close to our hearts here in Malaysia, where our unique mixture of faiths and ethnicities could have divided us, but instead our diversity has strengthened us."

He noted that South-east Asia was once described as "the Balkans of the Orient", a "cultural and political fault zone" where a scholar said "wars of separation should emerge" because it was so diverse.

The region was indeed driven by conflict and instability half a century ago, but countries chose not to go the way of antagonism or economic warfare. "Instead, we did something remarkable: We chose another way," he said.

Referring to the formation of ASEAN 48 years ago by five countries, he said: "In 1967, our forefathers formed a new association that has grown to our 10 nations today. And we have advanced, and risen together, the ASEAN way."

With their highly diverse collection of faiths and ethnicities, ASEAN countries have had to work together to overcome their differences, becoming a unique example of how 10 different nations can form a shared vision.

This is not just due to political will, but because the values of consensus-building and moderation are deeply rooted in the emotions and culture of their people, he said.

"This is ASEAN's time. ASEAN can and should play a major role in shaping this Asian century and work with our partners across the continents to shape a world of prosperity, peace and progress," he added.

"A world in which the carnage wrought by terrorists has been replaced by tolerance, moderation and a true recognition of our common humanity."