Najib: Do not insult leaders of the country 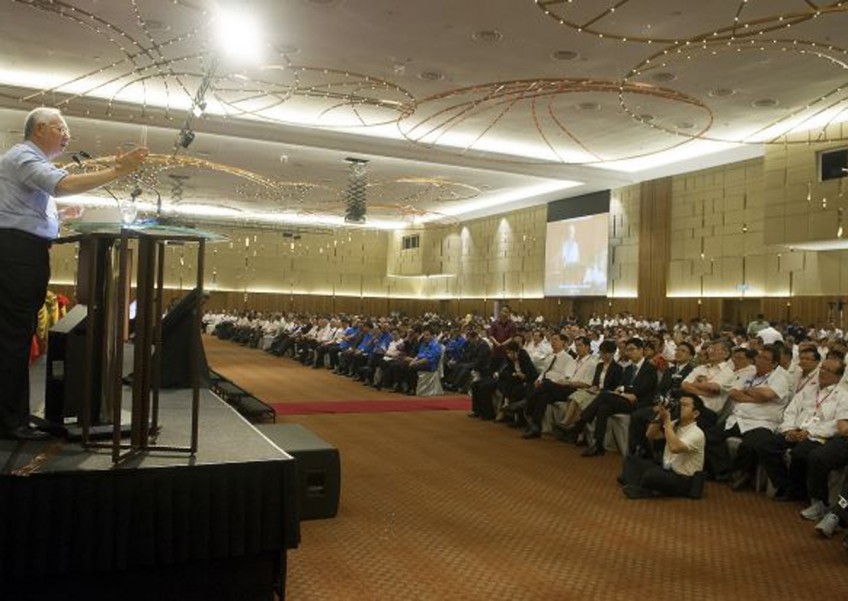 SHAH ALAM - Datuk Seri Najib Tun Razak called on Malaysians to believe in Umno and Barisan Nasional leadership that will continue on a moderate and progressive path.

"I am however aware that there are statements made by some individuals who are in Umno and BN, but believe in us, believe in the policies and leadership of BN.

"I insist that we will continue to be a moderate and progressive Barisan Nasional," Najib said in his speech at Gerakan's delegates conference.

The Prime Minister said Barisan "believes in the concept of finding consensus when making decisions."

"As the chairman, this is a legacy left behind by our predecessors, by my father, the late Tun Abdul Razak, and I am committed to it," he said.

Najib said Umno would take action on members over their hurtful or racist remarks but reminded those at the receiving end not to retaliate to the extent of insulting the leaders.

"I think we should, whether through law enforcement or party discipline. But at the same time, we hope for that 'other party' to not be so rude.

"For every action, there will be a reaction, do not insult the leadership of this country.

"If you do not believe in it, you have a chance every five years because we believe in democracy and going back to the rakyat.

"So do not hurl insults or humiliate the leaders of Malaysia," he said adding that Malaysia needs to be a mature democracy.

Najib pointed out that he was criticised by people for repealing the Internal Security Act (ISA).

"This is not a police state, this is what we call the rule of law, and amidst all this, it is important to stay together as a nation," he said.