Najib: I didn't cancel Dr Mahathir's projects, I wanted to improve them

Najib said he was only trying to improve existing projects or developments as this should be the spirit upheld by the government then.

"I have never cancelled Dr Mahathirs projects ... I (even) continued Lima (the Langkawi International Maritime and Aerospace Exhibition).

"This is our spirit - we cannot cancel what the last administration did, but we can do better than before," said Najib in a speech at an Umno-PAS meet-and-greet event at Wisma Umno in Langkawi on Tuesday (Feb 5). 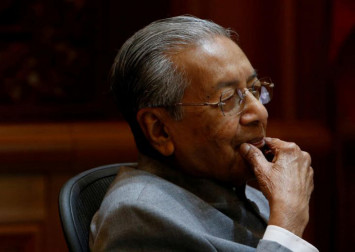 "I do not deny what Che Det (Dr Mahathir) has done for Langkawi, so when I became prime minister I brought it to greater heights.

"Other prime ministers in the future (should) bring it even higher," he said.

In his speech, Najib also mentioned some development projects he approved during his premiership.

These include the approval of 300 additional beds in Sultanah Maliha Hospital, Langkawi and 1,000 units of low-cost houses.

"I also developed a submarine cable project worth RM50mil to residents of Tuba Island to overcome the electrical disturbance there, as well as the expansion of the Langkawi International Airport worth RM89mil and also RM600mil for a water plant," he said.

Najib also touched on the grouses of the island's taxi drivers on the issue of Grab or e-hailing. 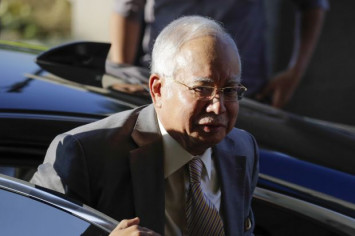 "Grab has made it harder for taxi drivers to earn RM60 a day, even working from day to night. Grab has no regulation, they (drivers) can wear slippers, or a sarong and can still drive," he said.

Najib added that if Grab cannot be made illegal, then it should at least be put it on par with taxi services.