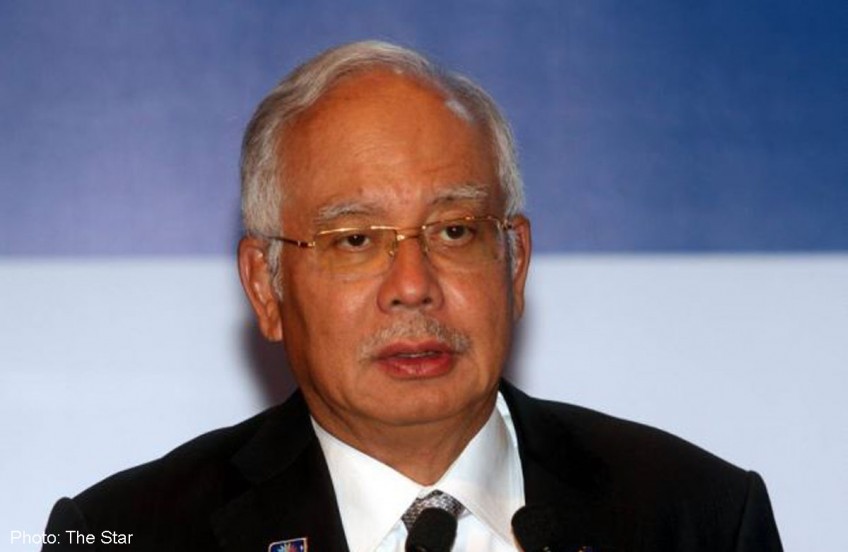 The Prime Minister said that his thoughts and prayers are with his Singaporean counterpart Lee Hsien Loong, who is Kuan Yew's son.

"I am saddened to hear about the passing of Mr Lee Kuan Yew, founding Prime Minister of Singapore. I pay tribute to Mr Lee Kuan Yew's determination in developing Singapore from a new nation to the modern and dynamic city we see today.

"His achievements are great, and his legacy is assured," Najib said in a statement.

The senior Lee died at 3.18am at the Singapore General Hospital. He was 91.

"Malaysia is committed to the future of our relationship with Singapore, to peace, stability and shared prosperity between our nations, and within ASEAN as a whole," he said.

"@leehsienloong so sorry to hear abt the loss of your father. Deepest condolences to u & the ppl of Singapore. My thoughts & prayers are with u," he said via his Twitter handle @NajibRazak.

The Prime Minister's Office informed The Star that arrangements are being made for Najib to go to Singapore to pay his last respects.

"Lee's unique leadership developed Singapore as a republic. He uplifted Singapore to become a respected city state," he said.

Muhyiddin said he got to know Kuan Yew personally when he was serving as Johor Mentri Besar and found him to be a leader who was firm, visionary and influential in Asia and throughout the world.

"Lee Kuan Yew is a name closely linked to Malaysia. His demise is felt by people in both countries," he added.

Foreign Minister Datuk Seri Anifah Aman said Lee was a visionary statesman, whose leadership, courage and vision contributed to the development of the republic and its people.

"His legacy will be cherished for generations," Anifah said.