PETALING JAYA: Plans by the Pakatan Harapan Government to impose conditions on the importation of foreign vehicles does not bode well with former premier Datuk Seri Najib Tun Razak.

In labelling such plans as worrying, Najib urged the Government to reconsider its plans, as such measures might be an extra burden for Malaysians.

According to Najib, Malaysia is a signatory to various international free trade agreements.

He added that implementing protectionism in the local market would create a ripple effect from other countries.

"Prices of goods will increase and Malaysians will have to spend more. At the same time, the country's exports in various industries will be less competitive," he said in a statement on Facebook on Monday (July 30).

Dr Mahathir said while the Government agrees with the practice of free trade, other countries internationally would impose conditions in their own markets.

Najib said: "It is an irony when Malaysians voted for cheaper petrol prices and abolished tolls, and they did not get it. Instead, they were 'rewarded' with higher car prices". 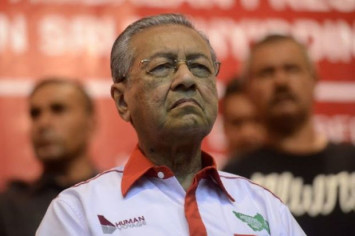 Najib said that during his tenure as prime minister, exorbitant car prices and the protectionism of Proton were among the main complaints of Malaysians.

"During my time as the PM, never once I had a policy to increase car prices. I know high car prices is a burden for Malaysians, especially for those in the lower and middle income group.

"Those who are rich were only able to buy cars with cash, while those in the lower and middle income had to obtain loans," he added.

He added that higher car prices will cause the cost of assembling and annual car insurance to increase, hence burdening Malaysians.

"It is unfair to the people because Malaysians have the right to purchase cheaper cars equipped with various modern features. Pakatan had once pledged to lower car prices. However, it appears that upon obtaining power, they have forgotten about their promises," he added.

According to Najib, the previous Barisan Nasional administration decided to abolish a 10 per cent import tax for Japanese-made cars and introduced an Energy Efficient Vehicle (EEV) tax in an effort to correct Dr Mahathir's "legacy problem".

Najib added that the Barisan government had also stopped the practice of awarding franchise Approved Permits (AP) to middle-men, which is a practice that was inherited from Dr Mahathir's administration.

Instead, the AP is given to car manufacturers and distributors directly, and vehicle prices were monitored to ensure that Malaysians are not paying excessively for a car.

At the same time, Najib pointed out that the controversial GST had played a role in reducing car prices, as it is capped at 6 per cent, compared with the SST which is capped at 10 per cent. 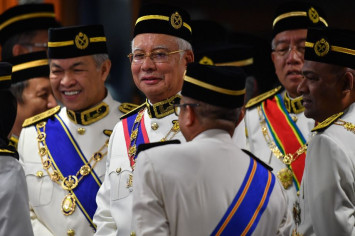 "As a result, car prices for many models have dropped during my administration. Coupled with the increase in income, lowered car prices gives Malaysians wider choices of cars to choose from.

"This is reflected in the roads today as we are able to see all kinds of cars," said Najib.

Najib also refuted allegations that he is not supportive of Proton's ventures, as he pointed out that the previous Barisan administration had given a research and development grant worth RM1.1bil and a loan of RM1.5bil to Proton.

He added that before he had a falling-out with Dr Mahathir, the government had also given a RM270mil grant to Proton in 2010 for a joint venture with a British-based company to develop cars and lorries that run with electricity.

"However, the investment failed and the government decided to not channel anymore funds. This had made Dr Mahathir angry."

Najib said that Malaysians do no deserve to bear the burden of Proton's share of problems, as it needed to be competitive at its own capacity.

"If Perodua is able to become the top car brand in the country, there is no reason as to why Proton isn't able to do the same," he added.