A Malaysian court will on Tuesday hand down the verdict for the first of former prime minister Najib Razak’s five criminal trials linked to the 1MDB financial scandal, and observers say the ruling is likely to have far-reaching consequences not just for his personal future, but for the country’s tumultuous politics as well.

Media reports have suggested the election could be called by year’s end to help the ruling Perikatan Nasional bloc shore up its two-seat parliamentary majority.

It is not yet certain if Muhyiddin – who is not an Umno member – will be the prime ministerial candidate for the ruling camp if polls are called. Instead, talk has been swirling that Najib, prime minister from 2009 to 2018, could make a shock comeback.

A guilty verdict would “terminate [Najib’s] ongoing campaign since the May 2018 general election to rehabilitate his image and make a second leadership bid” to return as prime minister, said Harrison Cheng, a Malaysia watcher with the Control Risks consultancy.

If he is found not guilty, analysts say the veteran politician’s current political resurgence will continue in the lead up to the general election, which will pit him against now-ousted political rivals – including elder statesman Mahathir Mohamad – who initiated the cases against him after their victory in 2018’s general election.

In the event of a not-guilty verdict and if “Najib somehow returns to helm Umno without dividing the party, then it’s likely that Umno will emerge as the dominant party from the general election”, Cheng said. In that scenario, “Najib will probably repeat Mahathir’s feat of becoming prime minister twice in his career”, the Singapore-based analyst said. 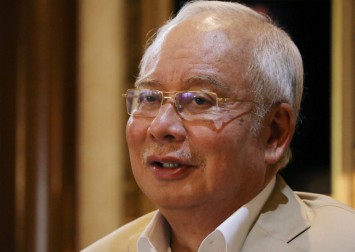 Other observers told This Week in Asia they would be closely monitoring public reaction to the ruling, adding that no matter the outcome, the judgment will worsen the country’s political polarisation.

Political scientist Awang Azman Awang Pawi said that for Najib’s Umno, an acquittal will vindicate their argument that his legal travails were a witch-hunt by Mahathir’s camp.

“For conservative voters, they see this as evidence Najib is innocent and persecuted politically. All this will strengthen the conservative vote in support of Umno and Perikatan Nasional,” said Awang Azman.

On the other hand, supporters of Umno’s key opponents Mahathir and on-off ally Anwar Ibrahim, are likely to view an exoneration of the former leader as a “travesty of justice”, said Azmil Tayeb, a political science lecturer at the Universiti Sains Malaysia.

This, he said, could, in turn, spur the currently disparate bloc to once again gel together to take on Najib and his formidable allies – as they successfully did in 2018.

Unprecedented political turmoil in March saw the multiracial Pakatan Harapan government that toppled Najib on an anti-corruption campaign turfed out of power.

Muhyiddin, a Pakatan Harapan defector, gained power after he proved to the king that the new Perikatan Nasional had the support of the majority of MPs.

At long last, a verdict 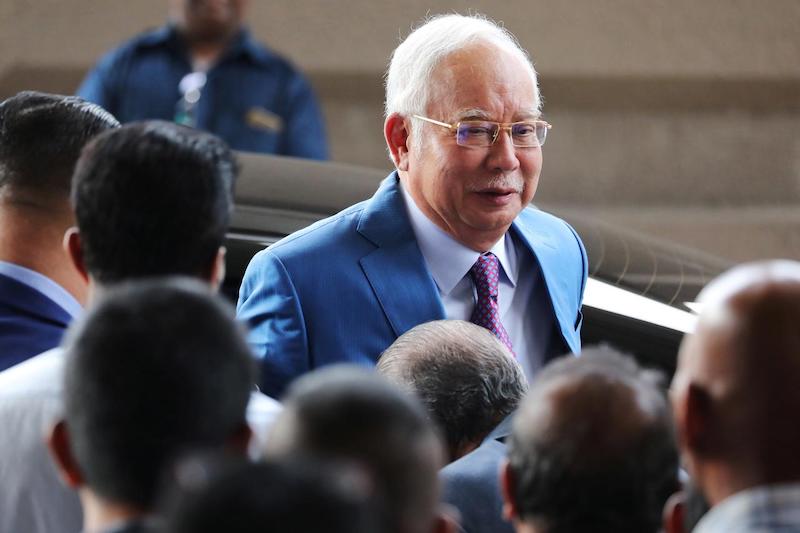 No matter the long term impact, however, analysts said Tuesday’s verdict will mark a major landmark in the 1MDB trials. The verdict relates to the first trial involving Najib that stretches back to April last year.

The seven charges in this case are part of the 42 criminal charges Najib is facing over his alleged role in the looting of some US$4.5 billion (S$6.2 billion) from the 1Malaysia Development Berhad (1MDB) state fund during his tenure as prime minister.

Of the five different trials, prosecutors are believed to have proceeded with this particular case first as the money trail is contained within Malaysia, making it far less complicated and more likely to lead to a guilty verdict. The other trials are underway.

This case is known in media circles as the SRC International trial, referencing the 1MDB subsidiary that prosecutors say funnelled 42 million ringgit (S$13.6 million) of ill-gotten funds from the state investor to Najib’s personal accounts.

Najib, who turned 67 last week, faces the prospect of a lengthy jail sentence if Justice Mohd Nazlan Ghazali finds him guilty of just one of the seven charges.

In closing arguments, Najib’s defence team sought to pin blame on wrongdoing at SRC International on the fugitive financier Jho Low and other key personalities who were named during the trial. These included Nik Faisal Ariff Kamil – SRC International’s former chief executive who is currently on the run – and Joanna Yu, a bank relationships manager who managed Najib’s personal bank account.

Malaysian-born Low was a close acquaintance of Najib and has been identified by prosecutors in Malaysia and the United States – where separate criminal investigations over the scandal are ongoing – as a central figure in the controversy.

The financier has rejected the allegations against him as politically motivated and said he has no plans to return to Malaysia to face justice. There are outstanding arrest warrants for him in Malaysia and neighbouring Singapore.

Najib’s lawyers say the former prime minister believed the money that flowed into his accounts – originating first from SRC International – formed part of political donations pledged to him by the Saudi royal family.

For this reason, the lawyers argue that Najib did not question the source of incoming funds into his accounts.

In his final submissions, V. Sithambaram, the lead prosecutor, said the defence argument was a fig leaf. “[The defence] are making a lot of hue and cry that the accused was misled to believe he still had Arab funds when he used up the 42 million ringgit,” he said.

“This is nothing but a myth. The fact that 42 million ringgit came into his account is not disputed... he is just saying that he did not know it was SRC money. This is ridiculous. Any reasonable person, in particular a man of finance, will know or ought to have known what was going on,” Sithambaram said.

Tuesday’s verdict follows Friday’s settlement worth a total US$3.9 billion between the Perikatan Nasional government and Goldman Sachs over the investment bank’s role in raising funds for 1MDB.

As part of the deal, Malaysia will drop previously filed criminal charges against Goldman Sachs, which denies any wrongdoing.

Earlier last week, Najib was ordered by a court to settle 1.69 billion ringgit in unpaid taxes over seven years while he was still in office.