Najib: Some of Malaysia's richest owe their success to Government policies

"If we look at the list of names of the richest people in Malaysia, such as Robert Kuok, who gave him the key to become the rice and sugar king? It was given to him by the ruling Government," said the Prime Minister.

Read Also
Let them eat quinoa: Malaysian PM Najib mocked for being out of touch 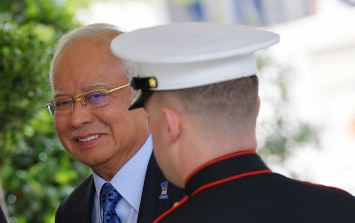 Najib said that Kuok had the right attitude to make his ventures successful.

"Yes, he is driven, hardworking, industrious and disciplined – but that is not enough. Everyone still needs the key and they are hopeful that Government policies are key to creating these opportunities," he said.

According to Forbes, Kuok was worth about RM47.8bil (S$16.1 billion) as of July last year.On Thursday (Feb 22), senior Umno leader Datuk Seri Tajuddin Abdul Rahman reminded Kuok not to forget his roots and how he emerged as Malaysia's richest man.