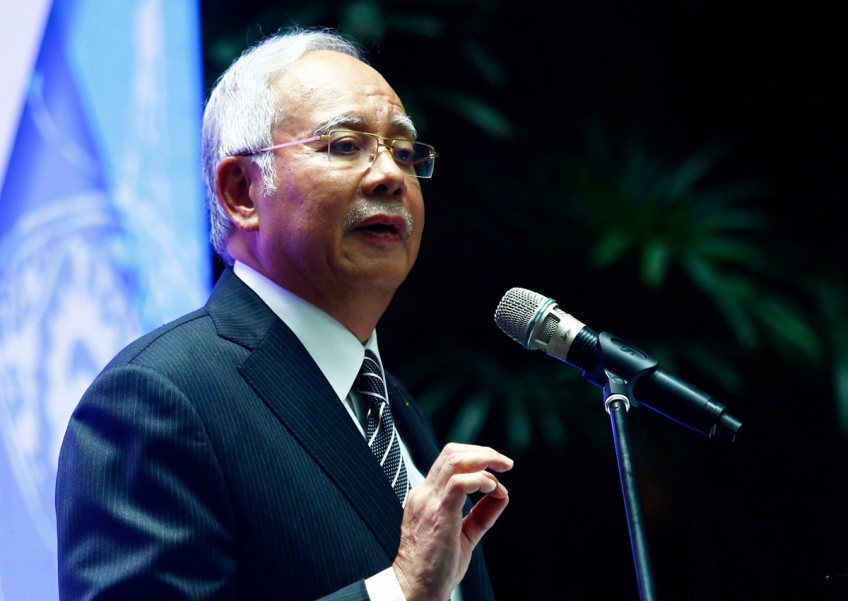 KUALA LUMPUR: The Prime Minister's blood is "boiling" with rage over child sexual crimes, and he's going to make sure justice is served swiftly.

At the launch of the Jenayah Seksual Kanak-Kanak: Hentikan!! (Child Sexual Crimes: Stop It!!) campaign yesterday, Datuk Seri Najib Tun Razak vowed to put an end to the heinous crimes which have become so rampant in Malaysia, and he plans to start with a new child sexual crimes Bill which will be tabled later this month.

He also plans to set up a special court to hear child sexual crime cases, so that "justice is done, seen to be done, and done swiftly".

"We will not compromise," he said firmly.

"We will work hard to put an end to all forms of exploitation and cruelty towards children."

During his speech, he referred to a case earlier this year of a three-year-old who had been sexually abused by his mother's boyfriend, which he said left him "boiling".

"The child should have been receiving love and kindness from the parents, but instead, he was abused so cruelly that he died," said Najib.

He brought up another case, of an eight-year-old girl who was raped and beaten by her stepfather.

"Not only did he abuse her, he also threatened her to stay silent," he said.

"I cannot imagine how someone who calls himself a father can do something so horrible."

In his strongly-worded speech, Najib was quick to emphasise that the Government would ensure the law tabled in Parliament is effective, comprehensive and holistic.

Patron of the Permata Programmes Datin Seri Rosmah Mansor, who has been championing the cause and the Hentikan!! campaign, emphasised the collective responsibility of society in promoting awareness of child sexual crimes.

"Many cases go unreported because children are afraid and families want to protect their good name. However, I am convinced that if we all work together, child sexual crimes can be put to an end," she said.

Najib added that many still aren't aware of the threat of child sexual crimes as the topic is "considered taboo or sensitive".

"But it's important to teach children what is appropriate and inappropriate, and that their body belongs to them alone," he added.

Najib also called on Malaysians to unite behind the cause, and to ensure the Bill is passed without opposition as it is an issue that's beyond politics.