Centre for Strategic Engagement (Cense) Sdn Bhd director Rita Sim testified at the High Court that the firm she co-founded was hired to monitor Chinese media content for the Prime Minister's Office (PMO).

Sim said the firm received instructions from the late Rompin MP Tan Sri Jamaluddin Jarjis, who would have meetings with Cense at the PMO in Putrajaya.

To a question by DPP Muhammad Saifuddin Hashim Musaimi, Sim said Cense was paid RM150,000 a month for its services. 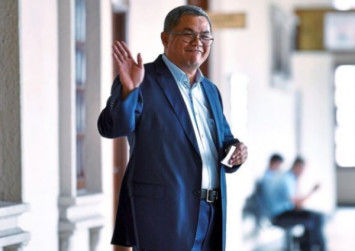 DPP Muhammad Saifuddin: Can you explain the work you do for PMO?

Sim: We will look at the six Chinese dailies and social media, pick up the points and issues that affect the Chinese communities, summarise it daily, compile and send them to the media office of the PMO.

Sim replied that Jamaluddin wanted to figure out the problems faced by the Chinese community.

Muhammad Shafee: Do you agree with me that it is important for any political parties, like Barisan Nasional (BN), to understand Chinese issues if they want to address Chinese dissatisfaction with the government?

She explained that the Chinese community faced issues when it comes to education and the Unified Examination Certificate.

"Another issue is the middle-income trap or urban poor involving the Chinese community. Everyone thinks the Chinese are rich, but that is not true. Any Chinese earning below RM5,000 and living in the city is poor," she added.

The witness also agreed to Muhammad Shafee's suggestion that Najib cared for the Chinese community.

On July 4 last year, Najib claimed trial to a charge of abuse of power and three counts of criminal breach of trust (CBT) linked to the 1MDB scandal.

On Aug 8, 2018, he appeared in court again for the second time and was charged with three counts of money laundering involving the same RM42 million.