KUALA LUMPUR - The highly-anticipated start of the graft trial of Rosmah Mansor, the wife of ex-Malaysian premier Najib Razak, on Monday (Feb 3) came to naught, after she said through her lawyer that she was taken ill.

Her counsel, Datuk Jagjit Singh, informed the High Court that Rosmah was too unwell to attend court, and has been given sick leave until next week, due to a "serious" medical condition.

High Court judge Justice Mohamed Zaini Mazlan, however, only allowed court to be adjourned for the day, and for Tuesday (Feb 4) date to be vacated.

Mr Jagjit, in explaining why his client was absent, said that Rosmah was suffering from severe recurrent neck pain, apart from dizziness and osteoarthritis to the knees.

His explanation invited laughter in court when he said that it was a life-threatening condition based on his search on Google.

The judge had asked: "Where does it state that it is a life-threatening condition?"

Mr Jagjit replied: "I got it from Google search (of the symptoms)." 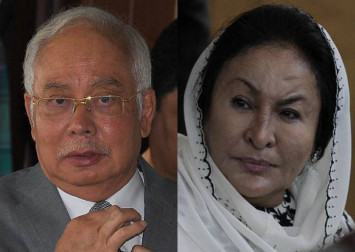 The government's lead prosecutor Datuk Seri Gopal Sri Ram opposed the sick leave, arguing that prosecution was not informed of it earlier.

Gopal Sri Ram argued that he too was suffering from some of the medical conditions that Rosmah was said to have, Malay Mail online news reported.

"The only problem I think is that she suffers from overdose of publicity and wealth," he quipped, as reported by Malay Mail.

Rosmah is accused of soliciting RM187.5 million (S$63 million) in 2016 - when her husband was still prime minister - from Jepak Holdings managing director Saidi Abang Samsudin to ensure the company won a RM1.25 billion tender to install and maintain solar hybrid and diesel generators for 369 rural schools in Sarawak.

She allegedly used her aide Rizal Mansor as an intermediary. Mr Rizal was supposed to be tried together with Rosmah but charges against him were withdrawn last month and he is expected to testify against his former employer.

Rosmah, 68 is also accused of receiving a total of RM6.5 million from Mr Saidi as a reward for helping Jepak Holdings win the deal.

She faces up to 20 years' jail and a fine of at least five times the bribe if convicted.

This will be the first time she stands trial, joining her husband whose own graft case over his alleged misappropriation of RM42 million from former 1MDB subsidiary SRC International is resuming today at the Kuala Lumpur High Court.

Rosmah is set to face another trial in May over 12 counts of money-laundering involving RM7 million and five counts of failing to declare her income to the Inland Revenue Board.