If the plans materialise, it would spell the end for Penang International Airport (PIA) in Bayan Lepas which is on Penang island.

GEORGE TOWN - Amid all the hype surrounding the Kulim International Airport (KXP) there is now even talk of two companies proposing to build a new airport in two different locations in south Seberang Perai on mainland Penang.

It is learnt that one private company proposed to the Federal Government its plans to build a new airport in Penang, while another company is about to do the same soon.

If the plans materialise, it would spell the end for Penang International Airport (PIA) in Bayan Lepas which is on Penang island.

It is understood that the proposal for NMIA, if given the nod, would be an exchange for the rights to develop the coveted prime land now occupied by PIA.

A source revealed that the location of NMIA, which would cost about RM10 billion (S$3.3 billion) and covering a whopping 650ha, would be near the border shared by Kedah, Penang and Perak.

The site, at present, is a vast tract of padi fields, and the project includes an additional 400ha for warehousing and logistics facilities.

"The company proposed an airport large enough to handle 16 million passengers a year, expandable to 25 million.

Read Also
Now travellers can get to KLIA for just $3 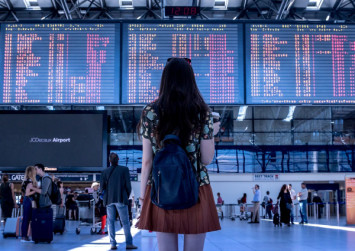 "It will serve the three states with a check-in terminal featuring a transit monorail for flight passengers to commute between Penang island and NMIA in 45 minutes," the source revealed.

He said the monorail transit line was calculated to be 57km long, about the same as the train link between Kuala Lumpur International Airport and KL Sentral.

This rail link includes an interchange station with the Electric Train Service between Padang Besar (Perlis) and Kuala Lumpur, and stops at Batu Kawan Industrial Estate on the Penang mainland and near Queensbay Mall in Bayan Lepas on the island.

"The company's proposal for NMIA was so detailed that it surprised those to whom it was presented to in the Federal Government," said the source who declined to reveal who attended the project presentation.

A check revealed that the state government might not be aware of the proposal.

When asked, a senior state executive council member replied that "this is the first time I am hearing about it".

The source said the company did not "ask for a sen" to build NMIA, and the proposers offered to build it in exchange for the land that PIA is on.

"They won't even need the land until NMIA is fully operational.

"The company claims it can raise enough funds to build NMIA fully before seeing a return on their investment by developing the Bayan Lepas airport land," he said, adding that the company is also willing to finance the cost of acquiring land in south Seberang Prai to build NMIA.

He said while the current estimated value of the Bayan Lepas airport land is RM7.2 billion, the development value would be more than double and "immense" enough to make NMIA commercially viable.

The other proposal, NORIA, includes the building of an industrial fisheries port, a major enhancement to Penang's aquaculture sector in south Seberang Prai and a new electronics industrial park.

A different source revealed that this entails reclaiming 5,000ha between the second Penang bridge and the Penang-Perak border.

"It will be an island. On top of an airport, it will be the largest aquaculture and deep-sea fisheries hub in peninsular Malaysia," the source said, adding that the fishing port would support tuna fishing activities in the Andaman Sea and even the Indian Ocean on the other side of Sumatra island.

More than 30,000 tonnes of salt and brackish water fish are farmed here yearly and it is the largest source of farmed fish for peninsular Malaysia and Singapore.

He said NORIA includes a mega industrial park for the electronics industry.

"The population in northern Perak and southern Kedah will be the greatest beneficiaries of such an industrial park because it will create tens of thousands of new jobs for them.

"Now, there are fleets of factory buses bringing workers from Kamunting and Taiping in Perak to Bayan Lepas every morning.

"They have to wake up before 5am to get to work. They sleep in their buses. By having a new hi-tech estate closer to Perak and Kedah, the spillover benefits will be more thoroughly shared," the source said.

He said the prospect of building an inland port in Kedah with a rail link to NORIA was also being studied.

"The company is planning to propose it formally to the Federal Government soon," he added.

On KXP which is in Kulim, the source said, it "has not been cast in stone".

"It is closer to Sungai Petani, too far from Perak to give direct benefit," he said.

It was announced in March that the RM1.6 billion KXP has been approved as a private financing initiative and a company to develop it will be picked via open tender.

KXP has generated much interest in the northern region, with industry players in Kedah eager for it and industrialists on Penang island feeling worried that it would adversely impact their state's economy, especially if it leads to the eventual decommissioning of PIA.