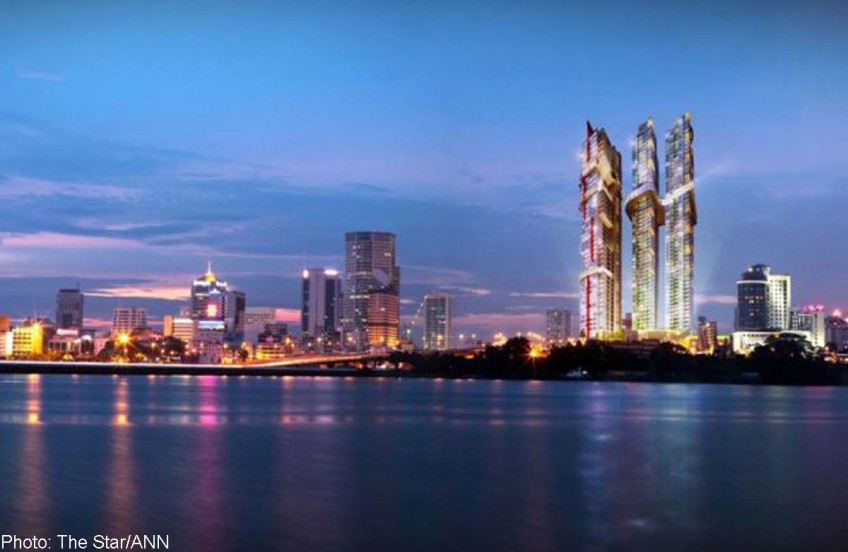 Johor's Sultan Ibrahim (inset) and an aerial view of Woodlands Checkpoint and the Causeway looking out towards Johor Bahru, Malaysia on March 3, 2015.

JOHOR BARU: From next year onwards, March 23 will be a public holiday in Johor to commemorate the coronation of its Ruler Sultan Ibrahim Ibni Almarhum Sultan Iskandar.

Taking place on Monday, the coronation will be the first in the state in 55 years.

The new public holiday will replace the one on Nov 22, which is in conjunction with Sultan Ibrahim's birthday, said state secretary Datuk Ismail Karim.

He said the change was made following a decree by the Ruler. "Starting this year, Nov 22 will no longer be a public holiday," he said at a press conference yesterday.

"I hope the private sector will follow the ruling."

Preparations for the coronation was in full swing yesterday and into the third day of full dress rehearsals to ensure that everything went according to plan.

Raja Zarith wore a crown and blue silk cape, walking down the steps of Istana Besar with Sultan Ibrahim and Tunku Abdul Rahman.

Thousands of Johoreans will line the 7km road between Istana Bukit Serene and Istana Besar on the day of the coronation.

The historic event will be put on record by some 47 domestic and international media organisations, including National Geographic.

The public can also witness the ceremony on two giant screens at Dataran Bandaraya.