SERI KEMBANGAN - A nine-year-old boy is fighting for his life after falling off an apartment balcony.

Serdang OCPD Asst Comm Ismadi Borhan said police were alerted by a medical officer at the Serdang Hospital at around 9.40am Friday (June 14).

"The man, who was working at the Emergency Department at the hospital, received a call that the child had fallen from a building at Bandar Baru Permai here.

"He went with a team from the hospital to the location and found the child severely injured and unconscious," he said when contacted Friday. 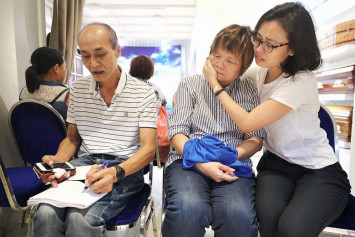 "He also suffered internal bleeding in his stomach and lungs.

"Investigations revealed the boy was playing on a fourth floor balcony of the apartment unit when he slipped and fell," he said, adding that he was now in critical condition and receiving medical treatment at the hospital.

ACP Ismadi said police were investigating the case from all angles, including negligence.

He urged anyone with information on the case to contact the police hotline at 03-2052 9999 or visit the nearest police station.