No balik kampung, no problem for this Malaysian family

GEORGE TOWN - It’s sand castle building and dining in the car for Mohd Imran Mohd Noor and his family as they remain in Penang this Hari Raya.

The 37-year-old engineer from Kepala Batas said they still found opportunities to cherish family time together despite not being able to make their annual balik kampung due to travel restrictions under the conditional movement control order (MCO). 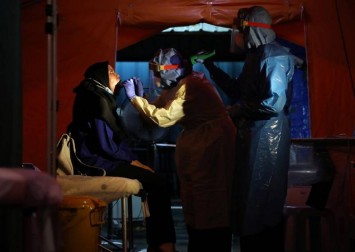 “In the past, we would usually spend days travelling to visit our parents and relatives in Selangor, Negri Sembilan and Johor.

“With the current travel restrictions, we are staying put. They’ve been wishing to visit the beach and this long break is a good time to bring them here,” he said.

Nur Shuhada, who is a university lecturer, said they would also be avoiding crowded places.

“We will neither dine in at restaurants nor go to crowded shopping malls.

“Instead, our meals throughout the outing were in the car and that actually is fun and helps us to bond,” she said.

Several beaches, including those in Batu Feringghi, were quiet with only a few people strolling or fishing.

Penang police chief Comm Datuk Sahabudin Abd Manan said they had “visited” over 500 houses during Hari Raya and found no violation of the conditional MCO. 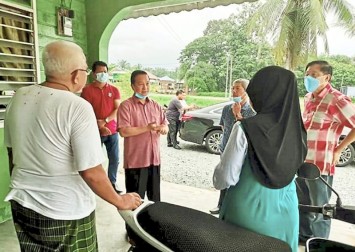 “Policemen were deployed to check on houses throughout the state. No families were found receiving more than 20 guests at one time,” he said.

Meanwhile, in Armenian Street, the core zone of the George Town World Heritage site, the usual hustle and bustle of visitors during the holidays was absent.

“This is how it has been for the past two months since the MCO although we were allowed to open two weeks ago.

“Many shops remain closed. There is no point in opening as there are no visitors, not even local people.

“I open my shop as this is the only business I have and I depend on whatever small earnings it brings,” said Beatrice Chong, the owner of a souvenir shop.

Popular tourists spots in the area such as Seh Tek Tong Cheah Kongsi in Armenian Street and Khoo Kongsi temple in Cannon Square were also closed.