KUALA LUMPUR: Prime Minister Tun Dr Mahathir Mohammad has quashed talks that there will be a Cabinet reshuffle.

"No, I will stay with my Cabinet.

"Any news of a Cabinet reshuffle is fake," he said at a Chinese New Year open house hosted by Finance Minister Lim Guan Eng and the National Chamber of Commerce and Industry of Malaysia (NCCIM) here on Wednesday (Feb 6).

He said this when asked to comment on a blog post that there would be a Cabinet reshuffle after Chinese New Year.

The blog post speculated that this was due to the importance of the duties assigned to Azmin, such as appointing him the Kelantan State Action Council chairman and possibly to get him to head the proposed body similar to the previous National Economic Action Council. 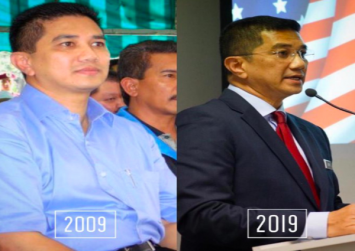 On Tuesday (Feb 5), when asked a similar question by the media, Dr Wan Azizah said she had not heard anything of a Cabinet reshuffle and that the question should be directed to Dr Mahathir.

According to Bernama, Dr Mahathir and his wife, Tun Dr Siti Hasmah Mohamad Ali, both in red attire, arrived at 10.40am and were welcomed by Lim.

Thousands of people from the various communities attended the open house, which began at about 10am.