No new Johor MB just yet

Sultan Ibrahim with Dr Mahathir and Osman seeing off the Prime Minister at the Senai International Airport after his visit to Istana Bukit Serene for a meeting with His Majesty on Jan 10. The Prime Minister confirmed that Osman officially resigned on April 8.

JOHOR BARU - Now that Johor is without a mentri besar after the resignation of Datuk Osman Sapian the focus has shifted to the selection of his replacement.

However, it is likely that the new state government leader will not be named any earlier than this weekend.

State Health, Environment and Agriculture Committee chairman Dr Sahruddin Jamal, who is from Parti Pribumi Bersatu Malaysia, is widely regarded as the front runner but it is understood that the other Pakatan Harapan parties have also nominated their assemblymen for the top post.

The 44-year-old Dr Sahruddin has a medical degree from Indonesia's Hasanuddin University and is state Pakatan secretary. To some observers, it was telling that he was Osman's official representative at the Malaysia-Singapore Leaders' Retreat in Putrajaya yesterday.

In addition, Tun Dr Mahathir Mohamad said Osman's replacement should be from Bersatu.

The Prime Minister confirmed that Osman officially resigned on April 8.

"The Johor MB resigned yesterday via a letter to me and I will send the letter to the Johor Sultan (Sultan Ibrahim Ibni Almarhum Sultan Iskandar)," he said.

Asked if there are candidates to take over the position, Dr Mahathir said there are three to four.

He added that the new mentri besar must be from Bersatu.

"About the replacement, it has to follow the agreement in Pakatan Harapan … from Bersatu," he said during a press conference at the Parliament lobby yesterday.

"For now, Johor has no mentri besar."

It is learnt that Parti Amanah Negara has submitted two names as mentri besar candidates, while DAP and PKR have each nominated one assemblyman. 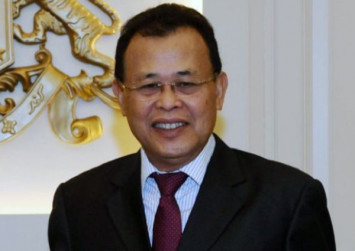 Sultan Ibrahim is expected to be presented with the list of candidates once he returns from overseas. He is scheduled to be back in Johor this Friday.

"No, we are not going to say why he stepped down. There was a reason given. But if he wants to step down, we accept," he said.

Dr Mahathir added that Osman submitted resignation letters to both himself and the Johor Sultan.

"Osman met the Sultan, he submitted a resignation letter to me and another to the Johor Sultan. I have the right to read it," he quipped, drawing laughter from reporters.

Speculation that Osman was on the way out grew following his absence from the Malaysia-Singapore meeting.

It is understood that the Johor palace was dissatisfied with the way he handled the Sungai Kim Kim toxic waste contamination, which saw the closure of 111 schools in Pasir Gudang.

Even before Dr Mahathir told reporters about Osman's resignation, Tunku Mahkota Johor Tunku Ismail Ibni Sultan Ibrahim had yesterday tweeted that he hoped the new mentri besar was not a "yes man" of Putrajaya.

"The welfare of the people and well-being of the state must always be a priority," he wrote on his official Twitter account, adding that a decree to change the mentri besar had been ongoing for a while.

"But somebody else is taking the credit and mileage, claiming that he ordered it.

"His Majesty (Sultan Ibrahim) has reviewed to change the mentri besar since months ago," said Tunku Ismail.

He added that the appointment of the Johor mentri besar was the absolute right of the state Ruler.

"Enough with the politicking," he said.

When asked about Tunku Ismail openly criticising some decisions by the Pakatan government, Dr Mahathir said the crown prince was allowed to criticise the government as long as no laws were broken.

"But, if there are statements that are deemed seditious, we will take action against him. He is not above the law.

"In fact, nobody in Malaysia is above the law," Dr Mahathir said at the Parliament lobby.

Asked if Tunku Ismail should join politics so he could criticise the government, Dr Mahathir said it is up to the crown prince. 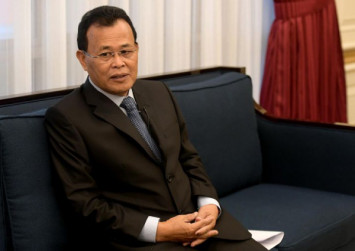 "He can make that choice himself. If he wants to be political, he can be. But there is nothing to prevent any citizen of Malaysia from expressing his opinion.

"He is a citizen of Malaysia, nothing more than that," Dr Mahathir said.

Following the Prime Minister's statement, Tunku Ismail tweeted that he has the right to air his opinion and welcomes any action against him if he has indeed made seditious remarks.

"Sila (please do). If I have to go down for upholding the Constitution, the Malay Rulers, and Islam. By all means. You know where to find me.

"Like a normal citizen, I have the right to ask questions and give my opinion.

"I'm all yours. Finish what you start," he said in the tweet.

"As the state assembly speaker, my office will only know if the Johor palace informs us on the matter, paving the way for the appointment of the next mentri besar," he said.

Suhaizan said any changes affecting the mentri besar's post is the prerogative of Sultan Ibrahim.