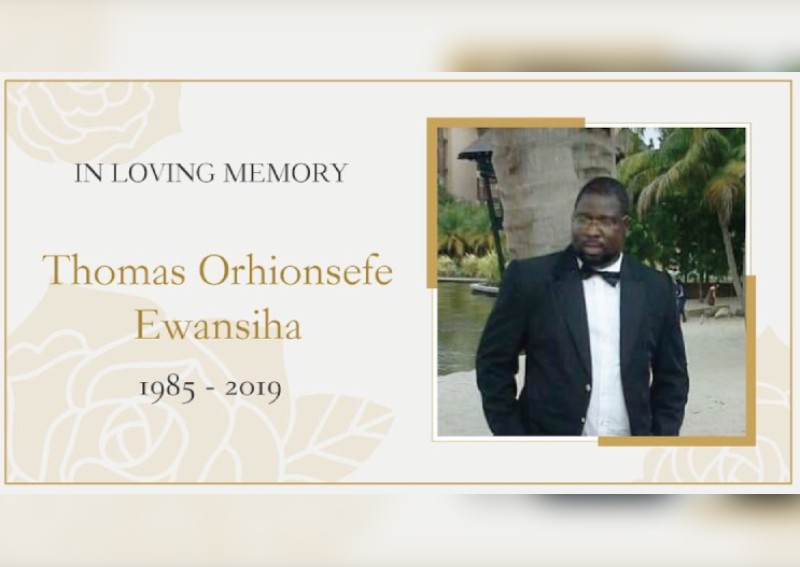 PETALING JAYA - No physical injuries were detected during a post-mortem on PhD student Thomas Orhions Ewansiha, who died while in custody.

A statement by Hospital Canselor Tuanku Muhriz said the Nigerian student suffered convulsions at the Immigration Department depot on July 9.

"But the victim had already died when paramedics arrived. His remains were then taken to the hospital for a post-mortem," it said.

The statement said the post-mortem was conducted at 9am on the same day.

"Based on forensic examinations on the deceased, no signs of physical injuries were found on his body.

"The full report will be released when all laboratory results, including a toxicology report, are obtained to determine the exact cause of death," it added.

On July 4, Ewansiha was arrested and taken to the depot for background checks following a raid by the Immigration Department in Desa Aman Puri in Kuala Lumpur.

The 34-year-old, a father of two, was pursuing his PhD in management in Limkokwing University.

His death sparked an outcry by his fellow countrymen, who staged a protest outside the Nigerian High Commission in Kuala Lumpur.