No sign of rabies on victims of dog bite so far 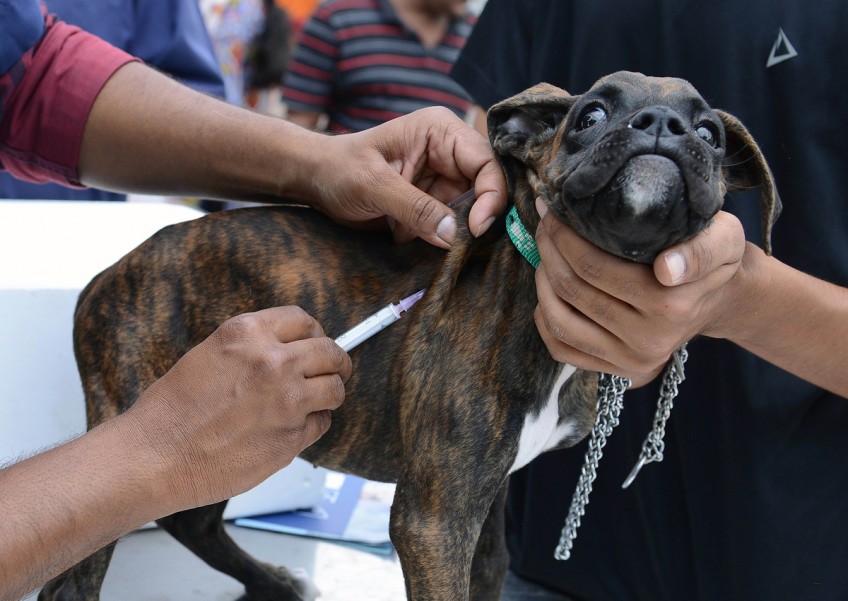 GEORGE TOWN - None of the people bitten by dogs in Perlis, Kedah and Penang have been infected by rabies.

However, 10 of 39 dogs which bit them have tested positive for the disease.

“They are in stable condition and show no symptoms of rabies infection. They are still being monitored,” he said yesterday.

He said the departments were also preparing sufficient rabies vaccines and antibodies.

“Up to last year, Malaysia was free from rabies. The last case reported involving humans was in 1998, while the last rabies case, affecting animals, was in 1999,” said Dr Noor Hisham.

“However, countries in South-East Asia have still been reporting cases of rabies from time to time,” he said.

He advised those bitten by dogs to immediately seek medical treatment.

“Report to the local authority if there are any stray dogs in your residential area,” Dr Noor Hisham said.

“And, maintain proper hygiene by washing hands with soap and water after being in contact with pet dogs,” he added.

In Bukit Mertajam, state Agriculture and Agro-Based Industry, Rural Development and Health Committee chairman Dr Afif Bahardin said 14 people were bitten by stray dogs on the island and the mainland, between Wednesday and Friday.

“We do not know if the dogs were infected with rabies, but all the victims have been given treatment,” he said at the state Veterinary Department in Bukit Tengah yesterday.

Dr Afif said between Wednesday and Friday, 182 stray dogs were caught and put to sleep. He said 167 pet dogs were brought in by their owners to the department for vaccination.

He said dog owners could bring their pets for vaccination between 8am and 5pm from Monday to Friday, adding that they would be charged RM35 (S$11.59) per dose.

“All vaccinated dogs will be given a tag. Dog owners who take their dogs to private veterinary clinics, have to get a letter from the veterinarian and bring it to the department to get the tag,” Dr Afif added.

He said the state was willing to co-operate with the NGOs if they could come up with measures to control the spread of rabies.

Dr Afif said the state government had allocated RM250,000 for operations and vaccinations against rabies.

In Alor Setar, Kedah Veterinary Service Department director Dr Kamaliah Ghazali said it had carried out vaccinations of stray dogs at 12 districts in the state.

She said that as of Saturday, 18 strays had tested positive for rabies, adding that 1,639 dogs had been vaccinated and 476 strays put to sleep.

Kedah Health Department director Datuk Norhizan Ismail said a 53-year-old woman was bitten by her pet dog on Sept 11 in the Kota Setar district and the dog was confirmed to be infected with rabies after laboratory tests.

“She was given four doses of anti-rabies vaccine over two weeks and she is now reported to be in good health,” Norhizan said.

He said 26 people had been bitten by stray dogs, but none tested positive for the disease.