Obama to travel to Malaysia, Philippines in November 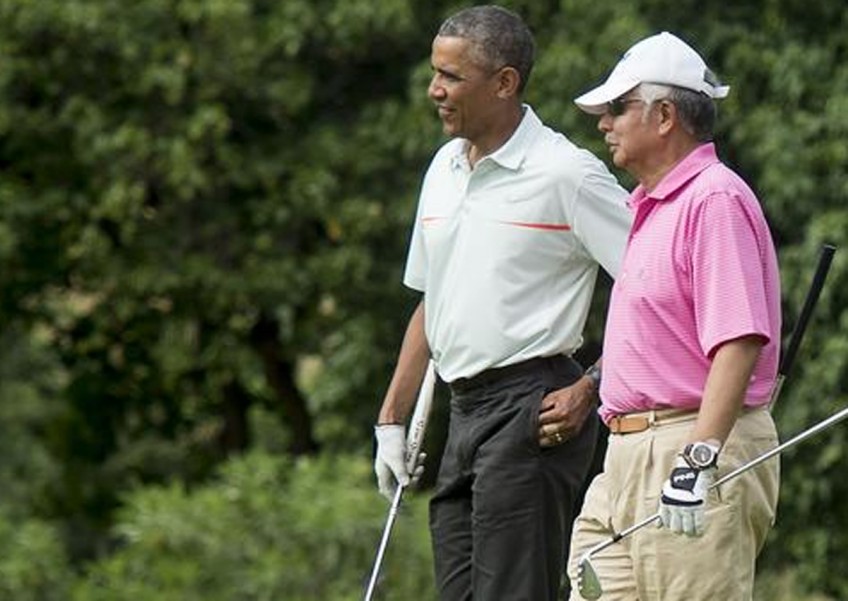 US President Barack Obama chats with Malaysian Prime Minister Najib Razzak as they play golf at Marine Corps Base Hawaii on December 24, 2014.
AFP

WASHINGTON - President Barack Obama will travel to Turkey for a G20 summit, followed by stops in the Philippines and Malaysia for meetings with world leaders next month, the White House said Monday.

At the G20 summit, leaders from the world's major economies are due to give final approval to a new plan to crack down on tax evasion by multinational corporations that costs countries at least US$100 billion (S$139 billion) a year.

The 15-point plan aims to tackle low tax bills for the likes of Google, Apple and McDonald's, which have managed to sharply reduce their taxes while remaining within the law, provoking public outrage in recent years.

During the foreign travels November 14-22, Obama will also "emphasize the importance of reaching an ambitious and durable global climate change agreement in Paris." The aim of the Paris conference is to ink an agreement to limit global warming to 3.6 degrees Fahrenheit (two Celsius) over pre-Industrial Revolution levels.

The meeting marks the culmination of six years of work since the ill-fated 2009 Copenhagen climate summit, which failed to lock down significant agreements.

Obama will also stop in the Philippines for the Asia Pacific Economic Cooperation Summit and in Malaysia for the US-ASEAN and East Asia summits.

Meetings there "underscore America's support for Asia's regional institutions, which enhance security and prosperity, while also advancing the US strategy to rebalance to the Asia-Pacific region in all of its dimensions," Earnest said.

"These visits also will support the president's efforts to expand opportunities for American businesses and workers to sell their products in some of the world's fastest-growing markets."