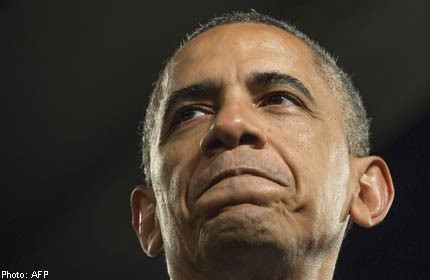 The trip, which is yet to be officially confirmed by either government, would be the first to the multiracial Muslim-majority nation by a sitting US president since Lyndon Baines Johnson in 1966.

Obama, who spent part of his childhood in neighbouring Indonesia, will be in the region for a pair of summits in Bali and Brunei ahead of his scheduled October 11 address to the 4th Global Entrepreneurship Summit.

The forum was launched by Obama and first held in 2010 in Washington.

"The presence of President Barack Obama himself is a boost for the country," Irwan Serigar Abdullah, secretary-general of the Malaysian finance ministry and head of the forum's organising committee, told reporters.

Top national leaders will meet in Bali in early October for the Asia-Pacific Economic Cooperation (APEC) meeting, followed by a summit of East Asian and other leaders in Brunei.

US embassy and Malaysian foreign ministry officials could not immediately provide further details of the planned visit.

Earlier this month, US deputy national security advisor Ben Rhodes said during a visit to Kuala Lumpur that he "looked forward" to Obama's attendance at the summit and "a bilateral visit here to Malaysia".

The two-day summit aims to attract 3,000 entrepreneurs from 50 countries with more than half of the participants from Asia.

Obama said during a dinner at the White House during the just concluded Muslim fasting month of Ramadan that the annual entrepreneurship summits were launched "to spur innovation and business growth in Muslim communities".

After the first forum in Washington, the next two were held in Turkey and the United Arab Emirates.

"And that's why, even as we support citizens seeking to determine their own destiny, a key part of our engagement with Muslim communities around the world has to be supporting economic opportunity and entrepreneurship," he said.