Dependable: Aaron Chia (back) and Soh Wooi Yik are part of the men’s team for the Philippines SEA Games.

PETALING JAYA - The last thing Malaysian badminton wants is to lose face to Singapore in the SEA Games but that could happen if the men's team do not tread with caution.

In the draw released yesterday, second seeds Malaysia, led by Lee Zii Jia, face a possible clash against the Lion City in the semi-finals of the men's team event at the Philippines SEA Games from Nov 30-Dec 11.

In the first round of the eight-team competition, Malaysia have been drawn against the Philippines while Singapore take on Myanmar in the lower half.

In the top half, top seeds and heavy favourites Indonesia are expected to cross swords with the most improved team, Thailand, in the semi-finals.

Singapore will be spearheaded by world No. 32 Loh Kean Yew, who pushed world No. 2 Chou Tien-chien of Taiwan to three games before losing in the quarter-finals of the World Championships in Switzerland in August.

The Penang-born Kean Yew will be a threat to national No. 1 Lee Zii Jia.

There are improvements in the team since they came under the charge of head coach Mulyo Handoyo, the former coach of Indonesian legend Taufik Hidayat.

A defeat to the southern neighbours will be a humiliating one for the country.

Badminton Association of Malaysia (BAM) coaching director Wong Choong Hann admits that Malaysia have to fight their way to earn their place in the final.

"Nothing is clear and easy for the men's team, " said Choong Hann, who was a member of the team that last won the gold at the 2005 Games edition, ironically in the Philippines.

"We have an advantage as we've avoided Thailand but Singapore are still a challenge. We need to work hard as there is no free ride to the final." 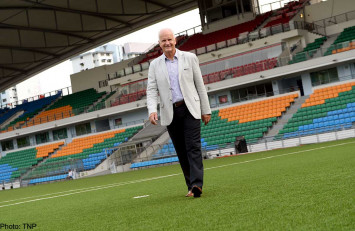 They will be banking on the likes of Jonatan Christie (world No. 6), Anthony Ginting (No. 8) and their impressive men's doubles pairs Marcus Fernaldi Gideon-Kevin Sanjaya Sukamuljo (No. 1), Mohammad Ahsan-Hendra Setiawan (No. 2) and Fajar Alfian-Mohd Rian Ardianto (No. 5).

It'll be tougher for the women's team led by Soniia Cheah as they may face top seeds and defending champions Thailand in the semi-finals.

MenQuarter-finals: Indonesia (bye); Thailand vs Cambodia; Myanmar vs Singapore; The Philippines vs Malaysia.

WomenQuarter-finals: Thailand (bye); Malaysia vs Cambodia; The Philippines vs Singapore; Vietnam vs Indonesia.