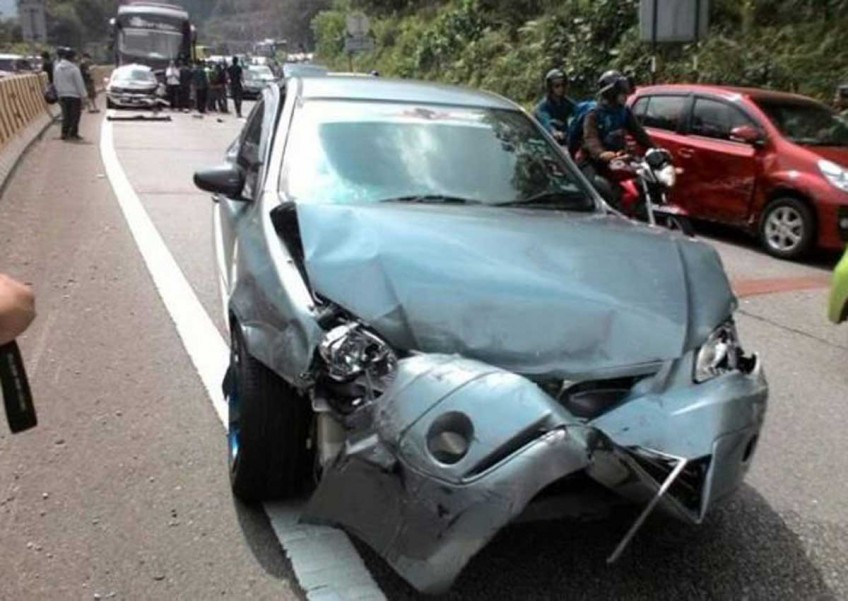 IPOH - Traffic near the Menora Tunnel on the North-South Expressway came to a standstill after an out-of-control bus rammed into 10 vehicles on the south-bound lane Sunday.

He said traffic was already heavy on that stretch when the bus came around a curve on the highway and tried to squeeze between the two cars.

"The bus then rammed into the right side of one of the cars before hitting the left side of the another car.

"The bus did not stop and rammed into a third car in front, causing seven more cars to crash into one another," he said.

Supt Wan Jamil said the bus driver has been detained for further investigations, while the owners of the damaged cars came to lodge police reports at the Ipoh traffic police office.

It is not known how many people were injured in the incident.

A video captured on a Road Transport Department surveillance camera has since been widely circulated on social media. It showed that the incident occured at 2.45pm.