Over 200 containers with illegal waste still stuck at Malaysian ports

KLANG, Malaysia - A huge number of containers with waste material is stuck in various ports in Malaysia as they have nowhere to go.

These containers are carrying waste material that Energy, Science, Technology, Environment and Climate Change Minister Yeo Bee Yin, in April, ordered to be sent back to the country of origin after they were found stashed in illegal recycling factories.

According to an industry source, the containers are stuck at the port because the senders from the country of origin cannot be traced.

"To make matters worse, the party that imported the material and received them in Malaysia also mostly cannot be found,'' he said.

This has made it difficult to trace the overseas freight forwarder or recycler the party had obtained the waste material from.

"This is most probably because some of the illegal recycling factories in Malaysia were managed and run by foreigners who left the country after their premises were busted recently,'' said the source. 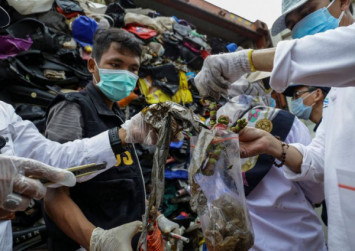 Even when the parties from the country of origin have been located, most refuse to co-operate as they have no legal obligation to collaborate with Malaysia and receive the returned trash.

"Most of the material stuck in containers is recyclable.

"It would be cheaper to just recycle them instead of sending them back. If the Malaysian government commits to paying the freight forwarders, in the event owners of the waste material are located, the cost is going to be very high,'' said the source.

Besides knowing where to send the waste to, freight forwarding companies tasked to return the material to the countries of origin must also know who is going to pay their bill.

"Has the Malaysian government allocated funds to send the containers back?'' asked the source.

On Sept 28, Yeo made it clear that the Federal Government would not spend a single sen to send illegal waste-filled containers back to the countries of origin.

"It's not just about the cost; it's about dignity. Why do they send things to us and we still need to pay them to send it back?" she said.

She insisted that the senders must be responsible for paying the fines for importing illegal waste until "they have collected back their waste".

Energy, Science, Technology, Environment and Climate Change Ministry deputy secretary-general Dr K. Nagulendran was quoted in The Star last month as saying that there were over 200 containers of plastic waste imports waiting to be sent back to their countries of origin, and nearly all of these containers do not have approved permits (APs).

He also said that the challenge was in identifying the country of origin as many of the containers had been abandoned by unscrupulous recyclers.

Sahabat Alam Malaysia research officer Mageswari Sangralingam said Malaysia was in a quagmire now because the government was not able to stringently enforce regulations nor control the type of waste being imported into the country.

"Unscrupulous exporters and middlemen will find loopholes and our communities and the environment are the ones burdened with the pollution,'' said Mageswari.

That is why her organisation has been calling for the government not to issue any more APs to import plastic waste and step up enforcement measures.

"We are not a dumping ground. 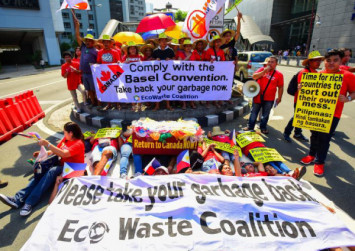 "If other countries like Cambodia, Indonesia can send back the waste, Malaysia should be able to identify the exporters as well as importers and send the waste back,'' said Mageswari.

"We ask the sending party to furnish full information of the receiving party in Malaysia and will only carry out the shipment once we have contacted them (the receiving party) and have ascertained that they are a legitimate business,'' said a source from a logistics and shipping company of international standing.

He said the containers of waste material languishing at the ports must have been sent quite some time ago when shipping and logistics agents were not as cautious as they are now in regard to shipment of waste.

"That is why," he added, "the senders cannot be traced".

"If it was being sent now, we would be having full details of both parties and would have also checked them out,'' he said.