Pak Lah: I only gave an interview 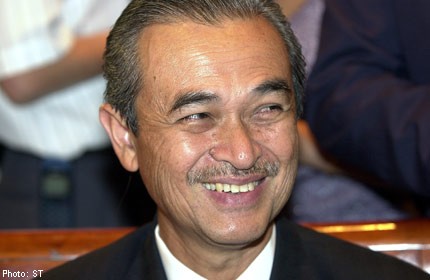 PETALING JAYA - Former prime minister Tun Abdullah Ahmad Badawi has clarified that the newly-published Awakening: The Abdullah Years In Malaysia has nothing to do with him beyond an interview he gave to the authors.

"The book is not written by me. It is a compilation of a number of articles from various writers compiled by academics Prof Bridget Welsh and Prof James UH Chin.

"Some articles are rumoured to be positive, many are negative and critical," the former Kepala Batas MP said in a statement yesterday.

"I am not sponsoring or endorsing the book, or asking for it to be published.

"It is normal for academics to analyse the political history of a nation and of course, I cannot escape from scholarly study. I only agreed to be interviewed so my opinions and explanations are included in the book," said Abdullah, who emphasised that his only involvement was the interview.

"I do not intend to attend the book launch, because I do not want people to assume that this book was written or sponsored by me. I just answered the questions asked.

"News that Opposition party leaders were invited to launch the book in Singapore - even if its true - is the publisher's decision, not mine," said the former premier, adding that he was not told about any launches or invitations to discuss the book.

Awakening made headlines after excerpts of Abdullah's interview, in which he was critical of his predecessor Tun Dr Mahathir Mohamad, were leaked.

He had criticised some of Mahathir's policies, and said the latter was incapable of accepting "any other view except his own".

Abdullah also said his predecessor's attacks had strengthened his resolve to not interfere with the work of his successor, current Prime Minister Datuk Seri Najib Tun Razak.

"That is why I have remained silent all this time. I believe that once you retire, you are retired."

The book attracted further controversy after it was announced that PKR vice-president Nurul Izzah Anwar would be launching the book in Singapore. Still, the former premier has no regrets doing the interview.

"Like it or not, agree or not, I adhere to the principle of openness as the axis of a mature democracy. Although I was told this book will have critical and possibly unflattering articles about my leadership, I agreed to be interviewed in the spirit of openness."