Party ends for 98 caught at nightspot in Petaling Jaya

PETALING JAYA - Ninety-eight people were compounded RM1,000 (S$330) each while six individuals - including three foreign women - were detained during a raid on an entertainment outlet here.

"The team found 56 men and 45 women in the outlet at that time. We've issued compounds to the 98 locals for violating the conditional MCO.

"The three foreign women, aged between 21 and 40, were detained for violating their visa by working as hostesses," he said in an interview yesterday.

A 39-year-old local man was detained for hiring foreign workers without permits and selling alcoholic beverages without a proper licence, he added.

"We seized 66 bottles of liquor along with four receipts. We also found that two local women tested positive for drugs and detained them," he said.

During the 6.45pm incident on Sunday, the group members, aged between 16 and 18, had ridden their motorcycles in a dangerous manner and disrupted public order. 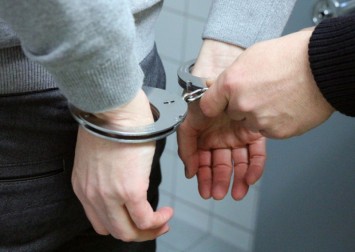 "We inspected their motorcycles and we issued 27 summonses for various traffic violations. Their parents were called to the police station for further action," he said, adding that the teenagers tested negative for drugs.

In an unrelated case, ACP Nik Ezanee said a 35-year-old man was detained for allegedly embezzling over RM700,000 from a company selling medical supplies.

He said the suspect, who is an employee of the company, was arrested at a house in Taman Puchong Utama at about 3.20pm on Sunday.

"He is suspected of being involved in criminal breach of trust, which led to more than RM700,000 in losses for the company based in Two Square, Petaling Jaya," he said.