PAS and Umno are free to do whatever they want: Mahathir

PAS and Umno are free to do whatever they want as Malaysia is a democratic country, says Prime Minister Tun Dr Mahathir Mohamad.

"If they want to unite, then let them unite.

"If they want to marry, then kahwin (marry) lah. We are a free country.

"If (a man) wants to marry anot­her man, it is not allowed yet. In other countries maybe can," Dr Mahathir told reporters at the Parliament lobby.

Asked whether the Umno-PAS co-operation would cause Pakatan Harapan to lose states to the two parties, Dr Mahathir merely said: "We will see."

He said the Pakatan government also looked after the interest of the Malays. 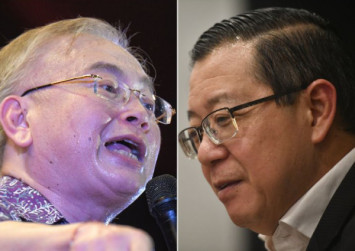 "Except that we don't shout.

"They (opposition) try to separate the Malays from the other races, that is very bad for a multiracial country," he said.

He said Pakatan wants to make sure that there is equality and fairness for everyone.

PAS secretary-general Datuk Takiyuddin Hassan said there will be no opposition bloc in the PAS and Umno-ruled states following the political co-operation between the two parties.

Instead, he said they will be termed as "friends of the state governments".

"For now, there will be no opposition in PAS-ruled Kelantan and Terengganu, and Perlis and Pahang which are under Umno.

"We are friends of the ruling governments at the state level," said Dr Mahathir during the meeting with reporters.

Umno and PAS announced on March 5 that they have formalised their co-operation for the sake of uniting the ummah (community).

On the proposed unity governments of Umno and PAS, Takiyuddin said the matter had not been discussed yet.

On Saturday, Umno deputy president Datuk Seri Mohamad Hassan suggested that both parties should team up to jointly administer the four states. 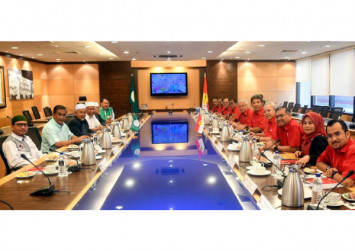 Takiyuddin also said PAS was open to co-operate with any party, including MCA and even the Pakatan government, for the sake of the nation and its people.

A joint working committee has been set up between Umno and PAS to look at the proposal and come up with the terms of reference.

"The committee will be given one-and-a-half months from March 5 to come out with their proposals that will benefit both parties," he said.