BUKIT MERTAJAM, Malaysia - The 21-year-old hair stylist who allegedly crashed his black sedan into a SUV on the Penang Bridge, causing it to flip over into the sea on Sunday, was released on police bail.

Sporting a cap, he was earlier detained for more than 16 hours at the central Seberang Prai district police station in Bandar Perda here.

Soon after his release at 6.45pm yesterday, the stylist got into a vehicle said to be driven by a relative.

The hair stylist turned himself in at the police traffic unit at around 2am yesterday.

At 4.55pm, he arrived at the station in a police vehicle. 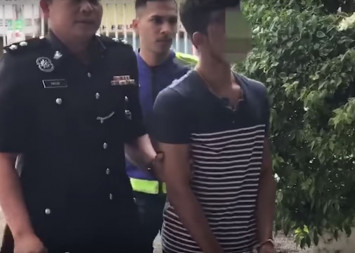 It is learnt that police, Propel, PLUS, Miros and the Fire and Rescue Department would carry out investigations at the accident scene at 10am today.

ACP Nik Ros Azhan said a three-hour post mortem conducted on the 20-year-old SUV driver, Moey Yun Peng, at the Seberang Jaya Hospital revealed the cause of death as "drowning of an individual involved in a road traffic collision".

"We have reclassified the case under Section 41(1) of the Road Transport Act 1987 for reckless driving and causing death. 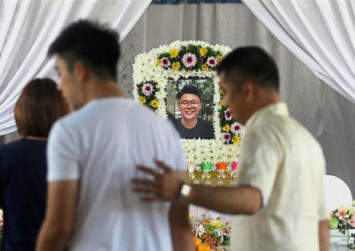 "Police have so far recorded 15 statements from various parties," he said.

Meanwhile, Chief Minister Chow Kon Yeow said the state would follow up with an official letter to the Penang Bridge authorities if the guard rails could be re-examined to see it was strong or high enough to prevent vehicles from crashing through and plunging into the sea.

"There are CCTVs at the Penang Bridge, and this incident (involving Moey) was also recorded, which can help us examine how this incident happened."