Penang CM ready to defend claim it is against CMCO

He said he and the state government were willing to be sued.

"Azmin must show proof that Penang is going against the conditional MCO.

"He needs to get his facts right. In the National Security Council special meeting for the management of Covid-19 chaired by Prime Minister Tan Sri Muhyiddin Yassin on April 28, Penang approved reopening the economy on May 4.

"During that meeting on April 28, the mentris besar and chief ministers were informed that the economy needs to be restarted because failing to do so would result in immense economic losses.

"The Prime Minister was excited to restart the economy, but told us that the standard operating procedure from the various ministries had not been finalised.

"It was then that the mentris besar and chief ministers requested at least one week to study the completed SOP for us to give input as well as to make preparations to implement the conditional MCO.

"It was decided that the SOP would be finalised by April 30, and the respective state governments would be given the opportunity to give their input.

"However, this never happened and the Prime Minister went ahead to announce the conditional MCO that was implemented on Monday," Chow said in a Covid-19 live Facebook message yesterday.

Read Also
Sabah is sticking to May 12 for businesses to resume, says Chief Minister 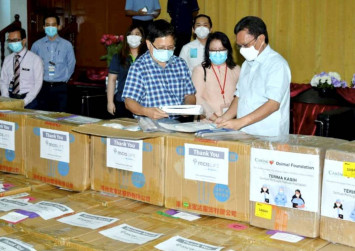 Chow said he wanted to go on record that no state government, including Penang, was objecting to the conditional MCO at the meeting, but merely wanted time to strategise its implementation.

"It was therefore unprecedented for so many states, regardless of their political beliefs, to take different approaches from what Azmin had expected.

"He was lazy to engage with the state governments to reach a consensus on the implementation.

"I want to ask Azmin to explain why the states were not consulted prior to the announcement of the conditional MCO.

"The Penang government and I are ready to be sued to protect the lives of our 1.8 million people.

"I hope the Senior Minister will not go around the country intimidating all the states.

"Treat us with respect as strategic partners as our main aim is to work together for the economic good of the country.

"It is for Azmin to decide if he wants to work together with us," Chow said.

Chow added Penang had no reason to object to restarting the economy. 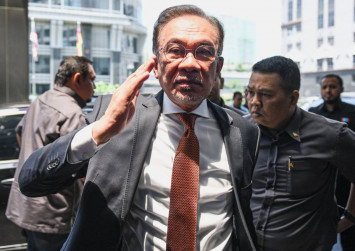 "Penang is heavily dependent on the services and manufacturing sectors and any further delay will create a greater impact on our people.

"But we need to strike a balance between people's lives and the economy.

"That is why we opted for a gradual opening strategy instead of the 'big bang' approach by Azmin.

"May 4 was too early for Penang as it is the most densely-populated state in the country and at risk of a fast virus spread.

"We have no choice but to restart the economy in stages to avoid a resurgence of infections," he said.

In Alor Setar, Kedah Mentri Besar Datuk Seri Mukhriz Mahathir said the state had decided to implement the conditional MCO after a meeting of the state's special security committee yesterday.

However, he said food outlets were not allowed to serve dine-in customers.

On Monday, Azmin, who is also International Trade and Industry Minister, had warned that state governments, which refused to implement the conditional MCO, could face legal action from industries for preventing the economy from opening up.