GEORGE TOWN - Penang is under orange alert for 48 hours following incessant rain since Monday (May 6).

Penang Welfare, Caring Society and Environment Committee chairman Phee Boon Poh said rain was forecasted throughout the day and tides rose to its highest at 2.6m at 1.23pm on Monday (May 6).

"Rainfall is expected to exceed 30mm per hour and there is medium risk of flooding.

On Monday, a tornado-like storm following several hours of downpour lashed through various parts of the island, toppling container homes, blowing off roofs and uprooting trees.

Nine foreign workers were hurt when the eight container units that they were staying in overturned at a construction site in Jalan Baru here.

A big tree uprooted by the wind also crashed onto a shophouse there.

In George Town, a tree, believed to be over 50 years old, damaged the fence of the state assembly building in Light Street when it fell.

No casualties were reported in the incident that brought traffic to a standstill.

Read Also
Malaysia warns: Brace for jellyfish attack in May 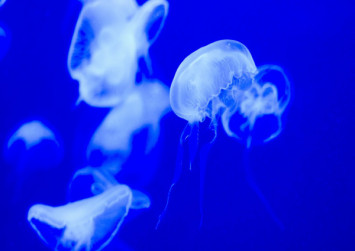 "At the same time, there are many flood mitigation projects underway throughout the state.

"Some disruptions will occur due to construction work, but these are long-term projects," he said.

A check with the Fire and Rescue Department found no flood reports received so far on Tuesday (May 7).

However the Malaysia Meteorological Department has issued a warning for Perlis, Kedah and Penang to be on alert Tuesday and on Wednesday (May 8) at risk-prone areas for flood, landslide, soil erosion and others.

The warning also urged all evacuation centres to be equipped with the necessities and all operation assets to be in good working order.