GEORGE TOWN - For the first time since the haze in the country started worsening about a week ago, the air quality in parts of Penang has reached unhealthy levels.

The Air Pollutant Index (API) readings in Balik Pulau and Batu Uban were 125 and 103 respectively at 5pm yesterday.

On the mainland, the index hovered between 70 and 90 in Seberang Jaya and Seberang Perai.

Kindergarten operator Mazlina Merican said almost half of her pupils were absent each day due to the haze.

"We have about 60 students here and many of them have been falling sick ever since the weather became hazy.

"We have since cancelled all outdoor activities, including our daily routine where we exercise around the premises here.

"We also told parents to keep their children at home if they were feeling ill, " she said when met at her kindergarten along Jalan Balik Pulau yesterday. 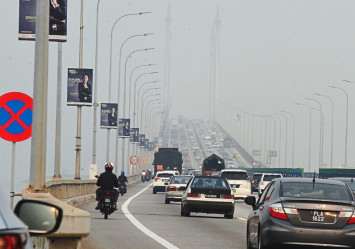 Mazlina said simple tests were done on pupils each morning to ensure that those who attended school were healthy.

"We will conduct checks with thermometers to see if they are running a fever or if they have a cough or flu.

"If they are, we would advise their parents to take them home so that the other children would not be affected, " she added.

Sugarcane seller Muhammad Syafiq Abdullah, 21, said although his health had suffered, business has been brisk over the past few days.

"Many customers come to buy my drinks due to the weather. But I have not been feeling well and opened my stall for only three days this week.

"I usually operate six days a week but due to the haze, I had to take a few days off to rest, " he said when met at his roadside stall along Jalan Balik Pulau here.

Read Also
Malaysia to commence cloud-seeding to combat haze, Indonesian denies fires in Sumatra are the cause 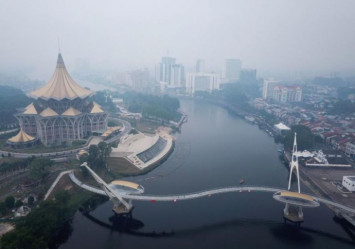 He said the API index has been increasing over the past few days.

"We will hold a discussion today to come up with health advice for the public.

"We will take the necessary steps to create awareness and look into the needs of the people, " he said.

no restriction on outdoor activities among the public, including that of schoolchildren and fishermen.

"However, we do urge padi planters to stop open burning to ease the situation, " he said.

He added that there were no plans to distribute face masks for now, but urged individuals to take necessary precautionary measures.