People give the silliest excuses at roadblocks in Malaysia 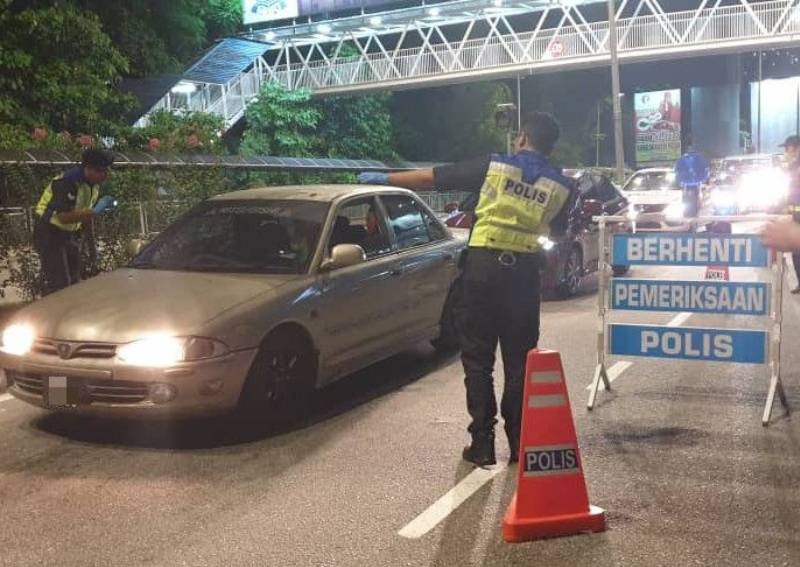 KUALA LUMPUR - One man needed to buy a screwdriver for DIY work.

Another one brought his wife along for grocery shopping "because only she knew what to get".

This despite the government saying that just one person from a household should be out buying daily staples.

There has been high compliance among Malaysians observing the movement control order (MCO) but some others try to get away with it by giving "extraordinary" excuses to the police at roadblocks.

Dang Wangi OCPD Asst Comm Mohd Fahmi Visuvanathan Abdullah said that in the early stage of the MCO, some people living in the outskirts thought it would be a good idea to drive around the city since traffic had eased "but we advised them against it".

"One person who lives in Kajang said he was in KL to buy food," he said.

Another man claimed that he was on the way to the bank, although it was almost 11pm then, he added.

Serdang OCPD Asst Comm Ismadi Borhan cited a case in which the police saw a car with two people in it, with the husband saying that he had to have his wife coming along (for the shopping) "because only she knew what to get".

Central Seberang Prai Acting OCPD Supt Mohd Mustafa Bidin in Bukit Mertajam said there were those who tried to cross the Penang Bridge to savour the famous nasi kandar in George Town.

"One of them said that he had to deal with his craving for nasi kandar on Penang island."

"And there was one family who wanted to go 'jalan-jalan' on the island. We told them to stay at home," he said.

Such naughty replies even reached the ears of Inspector-General of Police Tan Sri Abdul Hamid Bador, conveyed to him from his team on the ground.

"One of the excuses I heard is that someone needed to go out to buy a screwdriver, maybe to repair things at home or DIY work," he said.

Hamid said that about 110 people had been arrested so far for flouting the MCO.

Those arrested were not only being rebellious but had also threatened and swore at those enforcing the MCO, he added.

"To those who think they are invincible to the disease and want to act tough, don't be surprised if you are arrested. And please be prepared to spend a few nights in police lock-up," he said.