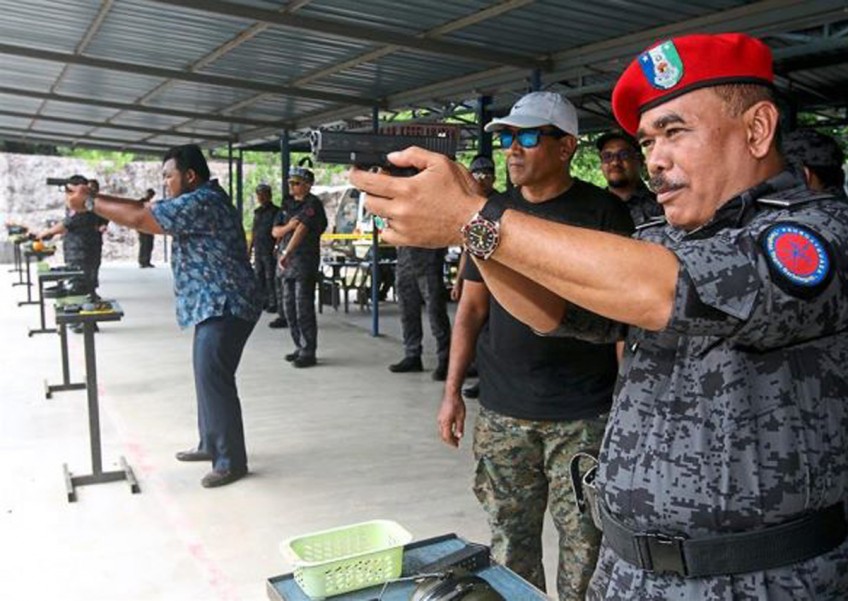 KUALA TERENGGANU - People who have disgraced the country and those deemed as a national threat to security may have their passports blacklisted, warned Immigration Department director-general Datuk Seri Mustafa Ibrahim.

He said the department would not compromise with such behaviour and would not hesitate to bar them from leaving the country.

"We are also in the verge of blacklisting those who are believed to be involved in human trafficking and other crimes," he said, adding that the department had the jurisdiction to do so.

"These individuals should not blame the department and pretend to be surprised if their passports are blacklisted. They know the reason for the blacklisting.

"The department does not simply blacklist anyone's passports as it wishes," said Mustafa at a press conference after launching the East Coast shooting training programme.

More than 80 Immigration personnel from Pahang, Kelantan and Terengganu are attending the programme.

On another issue, Mustafa said that without the implementation of the 3+1 programme for illegals, the Government would be spending at least RM30 million (S$10 million) a month to house them at detention depots.

"The Government spends more than RM1 million each month for the upkeep of detention depots, which makes it about RM30 million a month," he said.

Mustafa added that the 3+1 programme had proven to be a success as more than 100,000 foreigners without documentation went through the programme from January to middle of this month.

Under the programme, undocumented foreigners could voluntarily surrender to the department for deportation where they would be charged RM300 compound and RM100 for special passes to return to their country of origins.

The programme was initiated by the Government early this year to allow the illegals to leave the country without being detained.

For cases where foreigners had been cheated by agents and were without their passports, Mustafa advised them to lodge a police report and obtain a new passport from their respective embassies or high commissions.