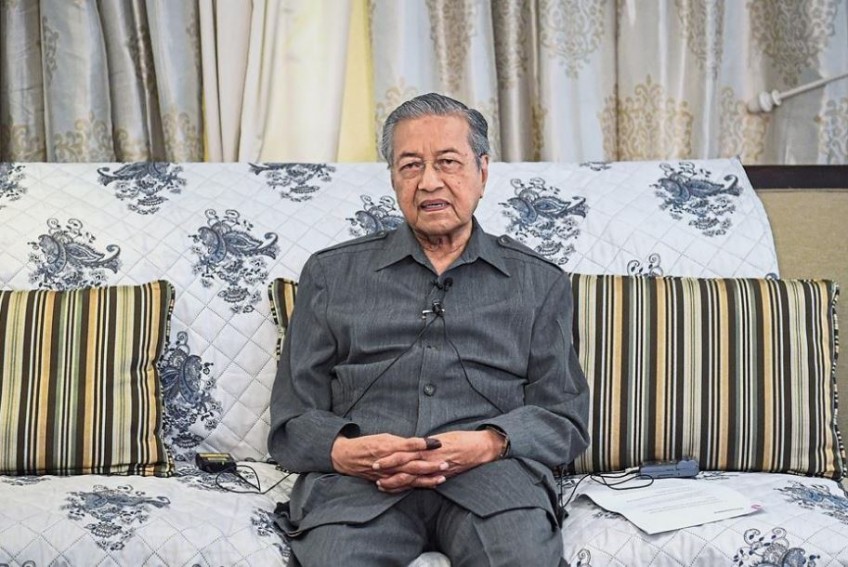 PETALING JAYA: A day before officially starting work as the new Prime Minister, Tun Dr Mahathir Mohamad has announced sweeping measures to clean up corruption in the country and restore the people's trust in government.

In a special announcement aired live on television, the Prime Minister also unveiled steps to boost investor and business confidence in Malaysia.

"The rakyat should not feel uneasy or suspicious about the Government's intentions. The aim is to clean up our country and reduce the economic problems our country is facing," said Dr Mahathir.

The Prime Minister gave an assurance that the Government was not out for political revenge.

"We merely want to clean up the Government as it has not been clean in the past few years to the point where the rakyat no longer trusts the members of the Government," he said.

Unveiling what he called was an anti-corruption movement, Dr Mahathir said all political donations to Pakatan Harapan parties or politicians must now require Cabinet approval.

He said people had donated money to Pakatan to fund their campaign in the general election but such funds were no longer needed.

He said those who still want to give gifts to members of the Government can only give items like food or flowers.

"We want to make sure early on that there will be no corruption in government," he said.

The Prime Minister said the Government will also go after anyone who gives or receives bribes or does anything that can be classified as corruption.

He promised that action against all responsible including politicians or those in government.

Dr Mahathir said the Government will ensure that all its actions follow the law and regulations.

"We have to run this country through rule of law. We will impose our laws on everyone, regardless of whether they hold high positions. All will be subject to the law," he said.

On the economy, Dr Mahathir said the Government wants to cut red tape as it does not want too many laws or regulations that can restrict the freedom to do business in the country.

"We want all parties to be able to do business more freely and easily," he said.

He said that while Malaysia welcomed local and foreign direct investments (FDI), the FDI would be limited to bringing in capital and technology into the country and setting up of factories to produce goods for the local and export markets.

Dr Mahathir said foreign participation in big infrastructure projects will only be allowed if there is no expertise in Malaysia to carry out the project.

This is because local companies are capable of carrying out many types of infrastructure projects.

"We will ensure that all these (opportunities) are open to local companies," he said.

He said such projects will all go through an open tender system.

Certain government officials will be tasked with probing awarded contracts if anything suspicious is found.

The Prime Minister said the Government will also investigate whether any companies were forced to give free shares to certain parties.

The Government will also investigate whether certain businesses were harassed by the Inland Revenue Board into paying more taxes than what was due.

"We need to know whether they were approached by the IRB and forced to pay more, with those failing to do so being blacklisted from going overseas, having their businesses raided or accounts frozen," he said.

[[nid:416104]]
SUBSCRIBE TO OUR NEWSLETTER
Your daily good stuff - AsiaOne stories delivered straight to your inbox