PM Najib could be arrested by Interpol if he leaves Malaysia, says Mahathir 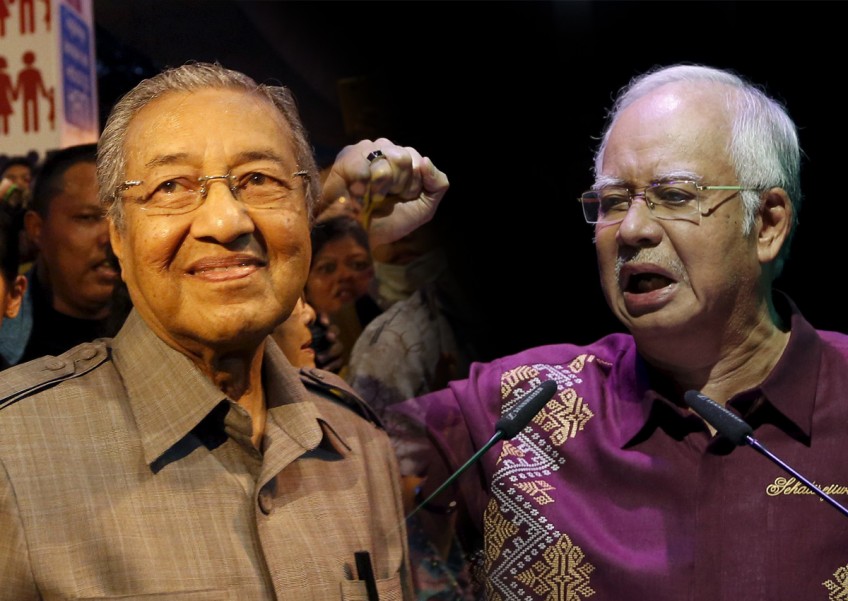 He said ongoing investigations by other countries into allegations of money-laundering at troubled Malaysian state fund 1Malaysia Development Berhad (1MDB) could open the Premier to arrest if he travels abroad.

"Those countries - Switzerland, Britain, America - if they find Najib doing any money laundering (activities) they can ask Interpol to arrest him if he goes overseas," the Malay Mail Online quoted him as saying.

"So he has to remain here, like how he withdrew the passports of some people and barred them from going overseas," Tun Mahathir said on Friday afternoon during a meeting with a non-governmental organisation called Kumpulan Melayu Berani Bersatu in Kuala Lumpur, as quoted by the Malaysian Insider.

Citing the example of Sudanese President Omar al-Bashir, who is wanted by the International Criminal Court to be tried on various charges including those linked to the genocide in Darfur, Tun Mahathir said if a crime has some connection to a foriegn country, that country had the right to investigate and prosecute the crime, the Malaysian Insider reported.

He added that local Malaysian laws could be applied only if the alleged crimes were committed in Malaysia.

The Wall Street Journal reported on Sunday that the United States Federal Bureau of Investigation (FBI) has launched an investigation into the 1MDB money-laundering allegations.

The Malaysian Prime Minister is embroiled in a financial scandal involving US$700 million (S$973 million) deposited into his personal bank accounts that he says is political donations from the Middle East.

As chief adviser of 1MDB, he is also criticised for mismanagement at the fund.

This article was first published on September 20, 2015.
Get a copy of The Straits Times or go to straitstimes.com for more stories.