Pokemon uncle thanks Malaysians for their prayers, says he is cancer-free 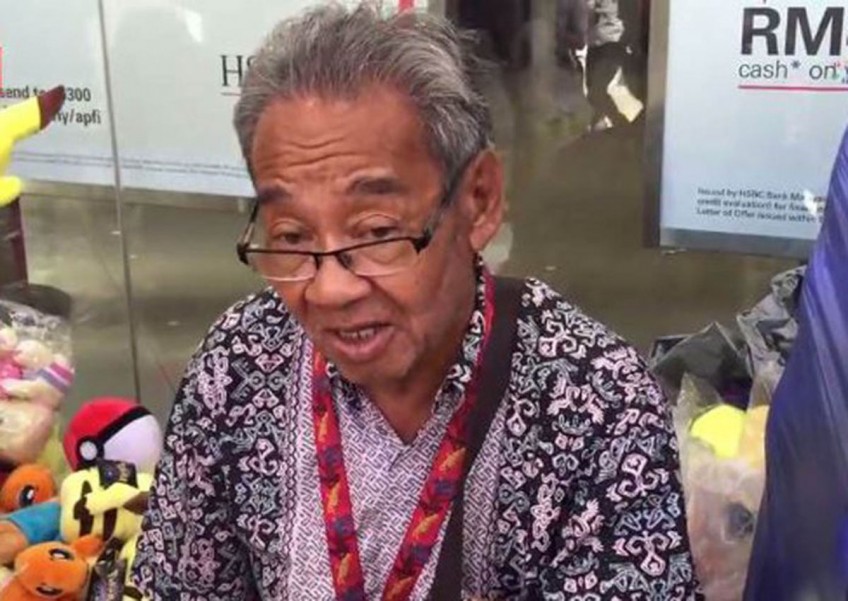 PETALING JAYA - When Malaysians first heard of "Pokemon Uncle" David Christopher last September, the elderly man was selling affordable soft toys on the sidewalk for RM10 each to make a living and fund his cancer treatment.

Today, after the Pokemon craze has died down and amidst a challenging economy, his business along the pedestrian walk outside a bank in Damansara Utama here has dwindled.

However, the 65-year-old still has much to smile about as he sits peddling his Pokemon plushies.

Some two months ago, Christopher received good news from Ampang Hospital - that he is now leukaemia-free after having battled the life-threatening disease since 2015, he told The Star Online on Thursday.

Likewise, Christopher said that if others, regardless of their beliefs, are suffering from an illness, he would in turn pray for them.

The kindness of strangers

His cancer-free status was good news, but things took a turn for the worse recently, but even then, succour came.

Someone had taken photos of Christopher's injured feet, showing large pus-filled holes on both of his soles, and shared this on the Internet.

Shortly after, help came. Three doctors have offered their services to Christopher, while a young man from St John Ambulance visits him every day to clean his dressing.

Hearing of Christopher's predicament, more customers have come back and business has picked up again.

He thanked Malaysians and social media users for their concern and help, adding that he would be undergoing an operation for the wound this Saturday.

Although Christopher welcomes customers, he often declines donations as he feels that there are others who are more in need.

He has also diversified his stock, which now boasts various other cartoon character plushies and a selection of toys.

Not all bad news

Christopher said he has also been blessed to have with him 21-year-old Imani Khairiah, who has been helping him out with sales for the past six months.

Imani, who hails from Rantau Panjang, Kelantan said she decided to work for Christopher, whom she fondly refers as "Uncle," when she saw him struggling to conduct his business alone.

"I know him because I used to buy soft toys from him. But one day, I saw him doing everything by himself.

"I came up to him and asked where his usual assistant went, and he said she was no longer working for him. So I decided to help him out while I waited for my cousin to finish work at a nearby clinic," she said.

From that day on, Imani has been assisting Christopher daily.

Despite their religious and racial differences, Imani said Christopher always treats her as if she were his own child.

"He always tells me to think of him as a father," she said.

On average, Christopher works some 13 hours a day from 7am to 8pm. However, he said that he sees how the current economic situation is affecting those around him.

"It is a very tough time. We have to be strong, we have to be positive. If I can get three sales an hour, I thank God. If I can sell 39 toys a day, I am very happy.

"There are certain days when I can sell over 50 toys. So if the next day, I don't reach my target of 39, I know that I have the previous day's sales to keep for a rainy day," he said.