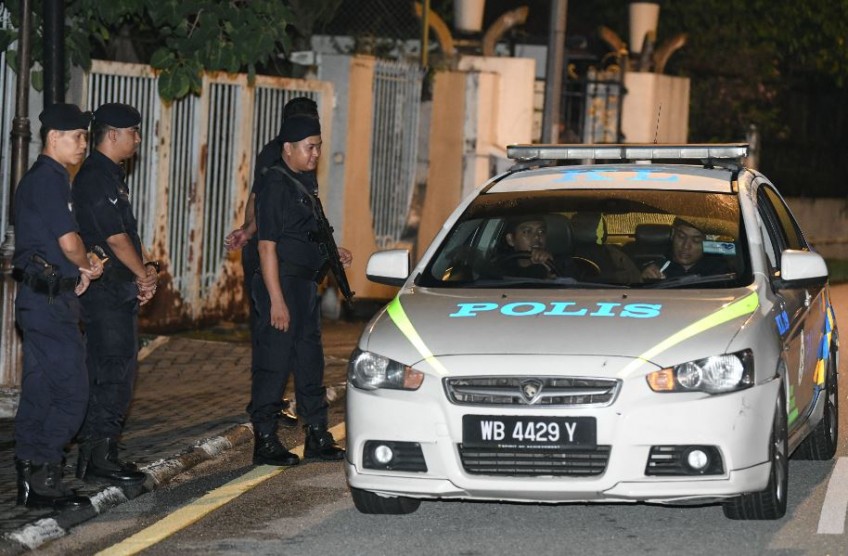 This picture taken on May 16, 2018 shows members of the Royal Malaysia Police standing at the entrance of former prime minister Najib Razak's residence in Kuala Lumpur.
AFP

It is unclear if there were items taken out from the house as the car windows were tinted.

So far, no other developments have taken place as police are still believed to be combing through the former prime minister's house since Wednesday night (May 16).

There are also no indications that any arrests would take place.

Najib's lawyer Datuk Harpal Singh Grewal told the media at 4am on Thursday that police had searched the former premier's house in Taman Duta.

He said the family members were cooperative.

"No documents were taken, nothing of note, only personal possessions including bags," said Harpal.

No charges were mentioned, although Harpal believes that it could be under the Money Laundering Act.

He also confirmed that police had also searched an apartment in KL.

These are believed to be his house in Taman Duta, Sri Perdana, two locations at Pavillion KL and the Prime Minister's Office.