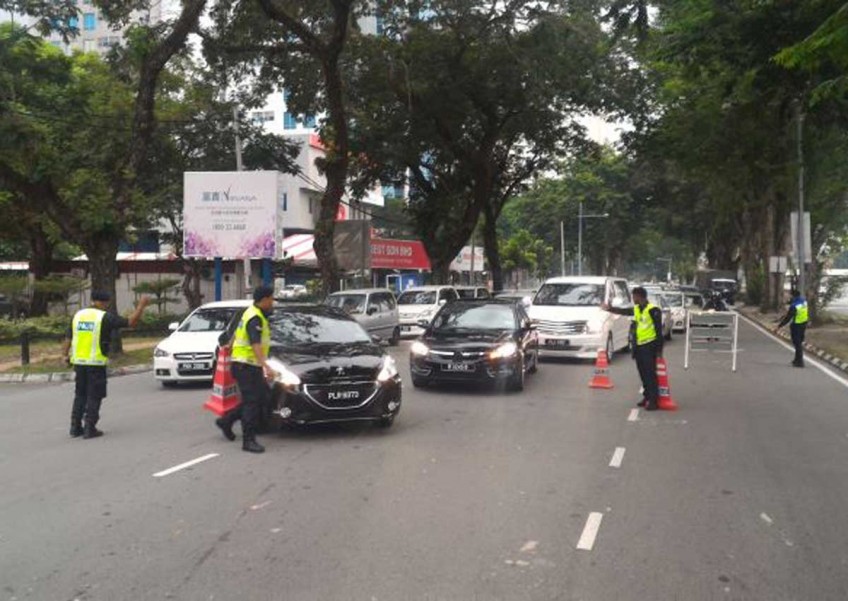 Roadblocks were mounted to ensure the smooth process of sending Penang Chief Minister Lim Guan Eng to the court.
The Star/ANN

GEORGE TOWN: The police have set up road blocks near the state Malaysian Anti-Corruption Commission (MACC) building and roads leading to the courts as a precautionary measure as Chief Minister Lim Guan Eng is expected to be charged in the Sessions Court Thursday morning.

Thousands of students and workers were late for school and work with the road closures.

Police mounted roadblocks at Jalan Sultan Ahmad Shah before the MACC building and Lebuh Farquhar near the Penang courthouse.

There was a bumper-to-bumper crawl from Jalan Pangkor to Jalan Sultan Ahmad Shah, while traffic was slow on Lebuh Farquhar.

These are major roads to several schools in George Town such as Convent Light School, St Xavier's Institute, SMK Hutchings and the ferry terminal in Weld Quay.

Motorists from north and south heading to the city centre are advised to avoid Jalan Sultan Ahmad Shah and Pulau Tikus to prevent from stuck in the traffic jam.

George Town OCPD Asst Comm Mior Faridalathrash Wahid, who was at the MACC building at around 7.45am said roadblocks were mounted to ensure the smooth process of sending Penang Chief Minister Lim Guan Eng to the court.

"We are not trying to cause trouble to the people but we have to do that for smooth court proceedings," he said.

He added that the police would also control the number of people entering the courthouse for the same reason.