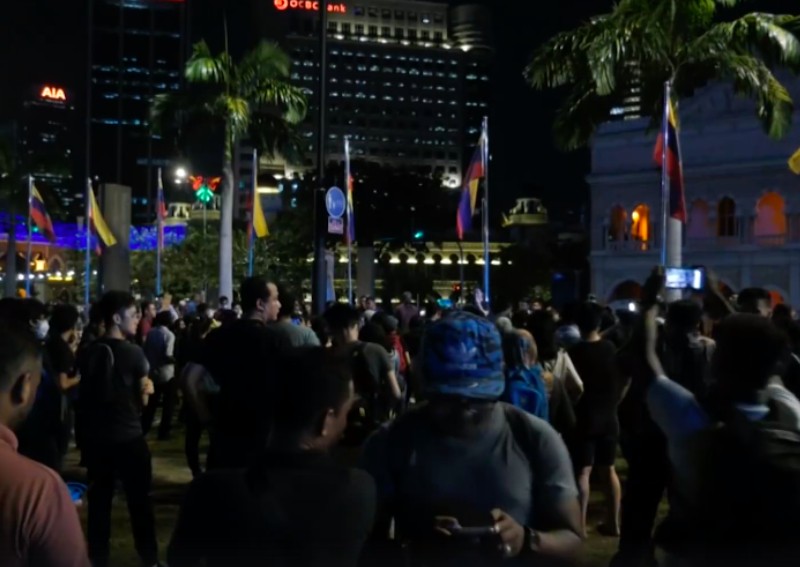 KUALA LUMPUR - A group of protestors have gathered at Dataran Merdeka here to voice their dismay at the current political situation.

The protestors, believed to be from NGOs and university students, began gathering at about 8.30pm on Tuesday (Feb 25).

Several individuals were heard giving speeches condemning the "backdoor" government move and calling for "people power" in order to change the political climate.

Among those spotted were activist lawyer Fadiah Nadwa Fikri and student activist Wong Yan Ke, who is expected to be charged in court on Wednesday (Feb 26), for his protest against Universiti Malaya Vice-Chancellor Datuk Abdul Rahim Hashim during a convocation ceremony last year.

Police personnel as well as Kuala Lumpur City Hall are on the scene to maintain public order and control traffic.