PETALING JAYA - The family of a deceased cancer patient has lodged a complaint with the Health Ministry about a fake doctor after her body turned green from a cocktail of supplements, including chlorophyll water, prescribed by the "doctor".

Mat said his wife Ana (not their real names) was in remission from an aggressive form of breast cancer and her health deteriorated rapidly after she started consuming an intensive course of supplements in July.

Family members said her body was tinged with a grassy-green hue believed to be from the chlorophyll water the fake doctor recommended.

When the cancer returned this year, the couple were contacted by an "alternative medicine doctor".

"The person had the 'Dr' title on her name card. She was very convincing in telling us that we were lucky to find her before it was all too late," he said, adding that she also used religion to persuade them.

The fake doctor did an eye test to diagnose Ana's ailments and recommended a plethora of medicines and supplements, including chlorophyll water, shark cartilage, colloidal silver, cordyceps and vitamins.

Pushed by desperation for a cure, Mat said they spent over RM10,000 (S$3,288) on more than 100 bottles of supplements that supposedly helped to rebuild energy and vitality and kill cancer cells.

"She didn't promise these could cure cancer but she sounded so positive that we were hopeful," he said.

The person claimed to be an alternative medicine practitioner but went by the title "Dr".

Section 29 of the Traditional and Complementary Medicine Act 2016 prohibits alternative medicine practitioners from using the title "Dr" unless they are also qualified to practise medicine under the Medical Act or dentistry under the Dental Act.

"All forms of traditional and complementary medicine 'practitioners' can only be called that while 'doctors' are for Western medicine graduates or PhD holders," said Choo Teik Liang, secretary-­general of the Malaysia Federation of Chinese Medicine Dealers and Practitioners Asso­ciations.

The Star checked the Malaysian Medical Council database of registered doctors and could not find the practitioner's registration.

A search on the National Pharmaceutical Regulatory Agency revealed that some of the prescribed supplements were registered products while others were not.

Photos provided to The Star showed that some of the labels on the supplement bottles were homemade while other labels had information that was blacked out with a marker pen. 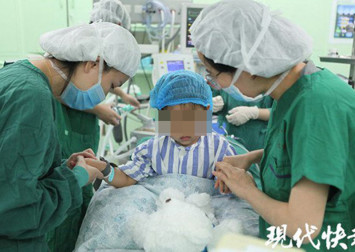 The fake doctor's recommendation was intensive, starting with a three-day fast to "starve the cancer cells".

"Ana turned green but the doctor refused to accept that there was a problem. She said it was okay as my wife's nose was still purple.

"We followed her every advice - when to eat, what to eat and how to exercise," Mat recalled.

A few days before her passing, Ana complained of breathing difficulties and pain. Her death came as a shock to the family.

Many unopened bottles of Ana's supplements still remain in the house.

Mat does not know whether his wife's death was due to the aggressive cancer that had spread to the liver, brain and lung, or whether it was accelerated by the supplements.

Read Also
Doctors make man choose: Surgery to save wife or C-section to save baby 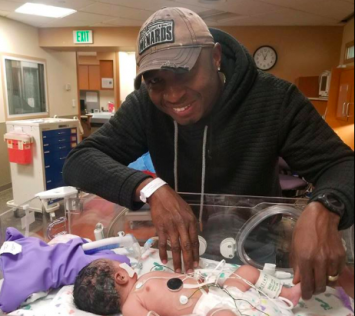 The fake doctor's claim of curability is in stark contrast to a legitimate traditional Chinese medicine practitioner Mat and Ana visited at a hospital in Kuala Lumpur last year.

"It helped to reduce the pain but when the cancer cells spread, the oncologist suggested that Ana continue with chemotherapy and take the Chinese herbs.

"He said the herbs could help with vitality but would not kill the cancer cells," Mat said.

Mat insists that they are not seeking revenge on the fake doctor, but want other cancer patients to be wary of such alternative treatment.

"We don't blame the doctor, she could be trying her best to help. But if you want to practise, you must be registered or don't carry a card with the name 'Dr' as it is misleading.

"We want to prevent people from visiting this type of fake doctors who give all kinds of false hope," he said.